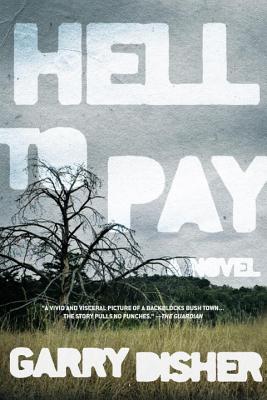 A modern western set in an isolated Australian bush town with a soaring crime rate, where a local constable with a troubled past must investigate the death of a teenage girl whose murder threatens to set the dusty streets ablaze.
Constable Paul Hirschhausen Hirsch is a recently demoted detective sent from Adelaide, Australia's southernmost booming metropolis, to Tiverton, a one-road town in rustic, backwater wool and wheat country three hours north. Hirsch isn t just a disgraced cop; the internal investigations bureau is still trying to convict him of something, even if it means planting evidence. When someone leaves a pistol cartridge in his mailbox, Hirsch suspects that his career isn't the only thing on the line.
But the tiny town of Tiverton has more crime than one lone cop should have to handle. The stagnant economy, rural isolation, and entrenched racism and misogyny mean every case Hirsch investigates is a new basket of snakes. When the body of a 16-year-old local girl is found on the side of the highway, the situation in Tiverton gets even more sinister, and whether or not he finds her killer, there's going to be hell to pay.


Praise For Hell to Pay…

Praise for Hell to Pay

"Disher has drawn both a vivid and visceral picture of a backblocks bush town, its inhabitants ground down by the stresses of isolation, hard work and irregular, relentlessly shrinking incomes... The story pulls no punches."
—The Guardian

"Top-notch ... Trust me, mate: Readers will want to make a return visit to Disher's Australia."
—The Christian Science Monitor

"There's real technique on show here ... it's so fast and hard-written that it becomes a blur, a flurry of activity that dazzles the senses ... Wyatt is a thrill-laden pleasure. I can't wait to read the others."
—ABC Radio

Garry Disher is one of Australia s best-known novelists. He s published over forty books in a range of genres, including crime, children s books, and Australian history. His Hal Challis and Wyatt crime series are also published by Soho Crime. He lives on the Mornington Peninsula, southeast of Melbourne."
Loading...
or
Not Currently Available for Direct Purchase