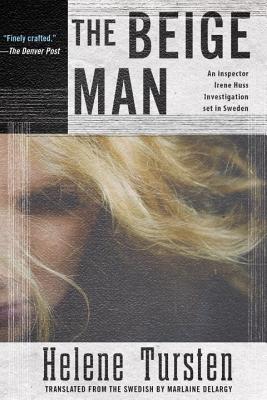 A speeding BMW leaves a dead pedestrian in its wake and leads police to the corpse of a young girl in a cellar. Detective Inspector Irene Huss's ensuing investigation draws her into the chilling world of sex trafficking.
Goteborg, Sweden: The high-speed chase of a stolen BMW takes a chilling turn when the two police officers involved witness a gruesome hit-and-run. When they finally recover the abandoned vehicle, search dogs are unable to trace the thieves, but they do uncover an entirely different horror: the half-naked corpse of a young girl in a nearby root cellar.
As Detective Inspector Irene Huss and her colleagues struggle to put the pieces together, they discover the man whose car was stolen a retired police officer is none other than the victim in the hit-and-run. Could it be a strange coincidence? Or is something larger at play? Meanwhile, the hunt for the girl's killer leads Irene into the dark world of sex trafficking. An international criminal has arrived in Goteborg, and he ll stop at nothing to expand his sinister operation.

Helene Tursten was a nurse and a dentist before she turned to writing. Other books in the Irene Huss series include Detective Inspector Huss, Night Rounds, The Torso, The Glass Devil, The Golden Calf, The Fire Dance, and The Treacherous Net. Her books have been translated into 18 languages. She was born in Goteborg, Sweden, where she now lives with her husband and daughter."
Loading...
or
Not Currently Available for Direct Purchase