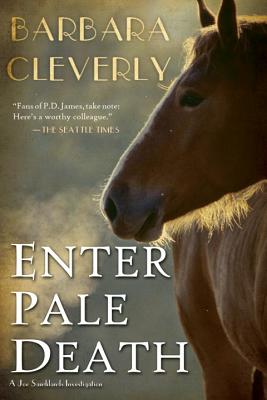 “The tales of pre-World War II Scotland Yard's Joe Sandilands are becoming addictive. Intrigue, political manipulations, the ever-present undercurrent of class differences, and the rising spectre of Nazism run throughout the series. Joe always expected to one day wed Dorcas, a charming girl he watched grow up, and is alarmed to find that she has attached herself to her academic patron, Sir James Truelove. The detective is sent to Truelove's family estate to investigate the death of Sir James's wife. Murder investigations, just like true love, never run smoothly. Is Sandilands going to find the way through this snake's nest?”
— Becky Milner, Vintage Books, Vancouver, WA
View the List

One morning before dawn in the stables of her country estate, Lady Truelove meets a violent death in an encounter with a dangerous horse. Classified as death by misadventure, this appears a gruesome accident. But Scotland Yard Detective Joe Sandilands suspects foul play a misgiving he is struggling to separate from his personal grievances toward Sir James Truelove, who is Lady Truelove's widower and the influential academic patron of Dorcas Joliffe, whom Joe one day hopes to marry.
Joe enlists old friend and former constable Lily Wentworth to trail James, and finds an ally in a fellow police officer familiar with the Truelove estate. But as the investigation yields surprising secrets about one of England's most powerful families, Joe discovers how little he knows about not only the gilded lives of the moneyed, but also his relationship with Dorcas. Is Joe prepared to risk a future with the girl he loves to uncover the truth behind Lady Truelove's death?

"The appearance of a Joe Sandilands book is always welcomed by fans of this intelligent and gripping series."
—San Jose Mercury

Barbara Cleverly was born in the north of England and is a graduate of Durham University. A former teacher, she lives in Cambridge. She is the author of twelve books in the Joe Sandilands series, including "The Last Kashmiri Rose," "Strange Images of Death," "The Blood Royal," "Not My Blood," "A Spider in the Cup," and "Diana s Altar.""
Loading...
or
Not Currently Available for Direct Purchase