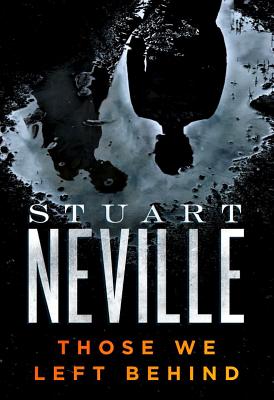 Those We Left Behind

Blood has always been thicker than water for two Northern Irish brothers caught in the Belfast foster system, but a debt of past violence will be paid by not just them, but also by those they left behind.

Ciaran Devine, who made Belfast headlines seven years ago as the schoolboy killer, is about to walk free. At the age of twelve, he confessed to the brutal murder of his foster father; his testimony mitigated the sentence of his older brother, Thomas, who was also found at the crime scene, covered in blood. But DCI Serena Flanagan, the only officer who could convince a young, frightened Ciaran to speak, has silently harbored doubts about his confession all this time.
Ciaran's release means several things: a long-anticipated reunion with Thomas, who still wields a dangerous influence over his younger brother; the call-to-action of a man bent on revenge for his father's death; and major trouble for Ciaran's assigned probation officer. Meanwhile, Serena Flanagan has just returned to the force from her battle with breast cancer, only to endure the pitying looks of her coworkers and a mountain of open case files. She will soon discover that even closed cases can unleash terror on the streets of Belfast.

Stuart Neville is the author of five other books: Ratlines, shortlisted for the CWA Ian Fleming Steel Dagger for Best Thriller; Collusion, a finalist for the Los Angeles Times Book Prize; Stolen Souls, which The Guardian said confirms him as the king of Belfast noir; The Final Silence, nominated for the Edgar Award for Best Novel; The Ghosts of Belfast, winner of the Los Angeles Times Book Prize and a finalist for the Macavity Award, the Barry Award, and the Anthony Award for Best First Novel; and So Say the Fallen. He lives in Belfast."
Loading...
or
Not Currently Available for Direct Purchase