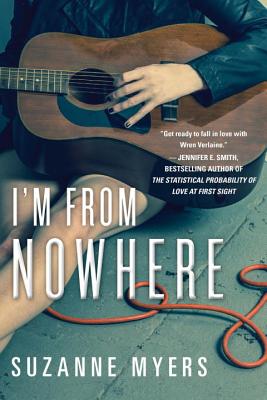 It's always been just Wren and her mother, Hannah. But when Hannah receives a reporting assignment in Greenland, Wren is shipped to Hardwick Hall, Hannah's alma mater, the boarding school she's refused to discuss for as long as Wren can remember. After Wren is unsuccessful at befriending her stuck-up suitemate, Honor, she finds an escape in riding horses and in hanging out with cute rowers, like the adorably crinkly-eyed Nick. She finds her niche in the campus's underground music scene with Chazzy, a darkly hilarious fellow musician. But soon clues about her mother's dark past threaten to destroy Wren's new life.

Suzanne Myers was born in Philadelphia and grew up in Toronto, Canada. She is a graduate of Princeton University and USC Film School. Her film Alchemy won the Grand Jury Award for Narrative Feature at the SXSW Film Festival. She lives in Brooklyn with her husband, two sons, and two dogs. Stone Cove Island was her debut novel.
Loading...
or
Not Currently Available for Direct Purchase