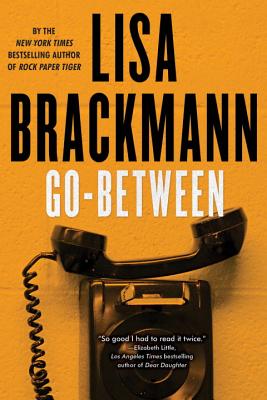 An all-too-realistic thriller about for-profit prisons, big-money politics, shady non-profits, the war on drugs—and the people who would kill to keep the system intact

Emily runs a successful bistro in Humboldt County, California, where she lives with her boyfriend, Jeff, a volunteer firefighter. A lot of her best customers are in the cannabis business, but so what? It’s true, firefighting isn’t really Jeff’s main job—that would be flying Humboldt’s finest weed to out-of-state customers. And sure, he isn’t really Emily’s boyfriend, more like the guy she’s stuck with by circumstance. Actually, his name is Danny, not Jeff, and Emily’s real name is Michelle Mason, although no one can ever know that. She’s on the run from her past—which has just caught up with her. Gary, an ex-CIA agent who got her and Danny into this whole mess, has just shown up in Humboldt County. Michelle should have killed him when she had the chance, but now she’s stuck playing Gary’s game—and if she loses, she or someone close to her will pay the ultimate price.

“While today’s female-centric crime fiction has been swarmed with the kind of domestic noir made popular by Gone Girl, Lisa Brackmann continues to go her own way.”
—Los Angeles Review of Books

"Nothing is as it seems in this terrific noir tale that channels Richard Stark’s stories."
—Carole E. Barrowman, Minneapolis Star-Tribune

"Terrific . . . This might be the best drug book since Robert Stone’s brilliant Dog Soldiers or Don Winslow’s superb Cartel series. Brackmann’s mastery of the material rivals either of those and Go-Between establishes her as a force to be reckoned with in the crime genre."
—Providence Journal

"Brackmann goes beyond the simple and harmful morality tales of good cops and evil criminals. She investigates the very nature of crime. She explores who really profits from it. And she does all this in a kick-a** thriller that’s nearly impossible to put down."
—The Arizona Daily Sun

"Go-Between isn't just the kind of book you can't put down until you finish—it's the kind of book you don't want to let go of once you're done: The characters draw you in, the plot hurtles you along, and every sentence crackles with wit. With Go-Between Lisa Brackmann proves, once again, that she's one of the best in the business."
—Elizabeth Little, award-winning author of Dear Daughter

“A terrifying political thriller with a powerful message. Brackmann’s characters, from cynical Michelle to villainous Gary to damaged Caitlin, are layered and relatable. A compelling read and a thought-provoking story about the dangers of a broken system.”
—Mette Ivie Harrison, author of The Bishop's Wife

"Big-money prisons, shady government deals, and the cannabis trade come together in Lisa Brackmann's Go-Between. If you believe in conspiracy theories, this is the book for you. And if you don't, it might make you a believer."
—Mystery Scene

“Brackmann takes the noir formula—things start out badly for a hapless hero and keep getting worse—and gives it a feminist reboot . . . A fun, smart, and fascinating trip.”
—Reviewing the Evidence

“A tale of secret identities, for-profit prisons and the all-too-real war on drugs, this modern thriller is a great addition to any suspense lover’s bookshelf.”
—Brit + Co

“Go-Between captures the nightmare of every person who's ever done something ‘a little bit against the law’—and is waiting for the penalty stage of capture and punishment . . . A modern thriller with bite!”
—Kingdom Books

“Go-Between is a perfect title. Michelle Mason is between lives, between names, between worlds, between versions of herself… Brackmann provides full access to Michelle’s every thought and observation.”
—New York Journal of Books

"The edgy plot never lets up, touching on the war on drugs, for-profit prisons, and nefarious nonprofits."
—Publishers Weekly

"Brackmann has creatted a damaged but likable protagonist."
—Library Journal

“Timely and hip . . . Brackmann can write.”
—The Boston Globe

“Smart, funny, dark, hip . . . exquisite. [Brackmann] had me in a choke-hold of utter happy reading splendor from, literally, the first sentence, and never let up.”
—Cornelia Read, author of the Madeline Dare series

Lisa Brackmann is the critically acclaimed author of the Ellie McEnroe novels (Rock Paper Tiger, Hour of the Rat, Dragon Day) and the thriller Getaway. Her work has also appeared in The Wall Street Journal, Travel+Leisure and CNET. She lives in San Diego with a couple of cats, far too many books and a bass ukulele.
Loading...
or
Not Currently Available for Direct Purchase