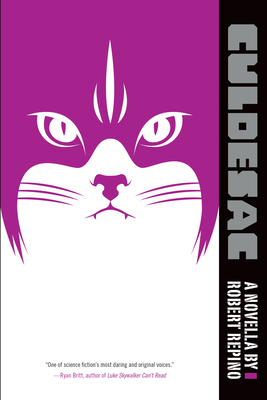 Culdesac (War with No Name)

The war with no name rages on, setting the world on fire. Humanity faces extinction at the hands of the Colony, a race of intelligent ants seeking to overthrow the humans and establish a new order.

The bobcat Culdesac is among the fiercest warriors fighting for the Colony. Driven by revenge and notorious for his ability to hunt humans in the wild, Culdesac is the perfect leader of the Red Sphinx, an elite unit of feline assassins. With the humans in retreat, the Red Sphinx seizes control of the remote village of Milton. But holding the town soon becomes a bitter struggle of wills. As the humans threaten a massive counterattack, the townsfolk protect a dark secret that could tip the balance of the war. For the brutal Culdesac, violence is the answer to everything. But this time, he’ll need more than his claws and his guns, for what he discovers in Milton will upend everything he believes, everything he fought for, and everything he left behind.

Relentless, bloody, and unforgiving, Culdesac is the story of an antihero with no soul to lose, carving a path of destruction that consumes the innocent and the guilty alike.

Praise For Culdesac (War with No Name)…

"Repino imbues a startling sense of realism to a story about an intelligent cat’s desire to wipe out humanity; Culdesac’s story is not only tense and violent, but oddly emotional and touching."
—Tor.com

“Have you ever wondered what might happen if you raised animal intelligence, stood them up, and made them human-sized? Repino has an intriguing answer. Culdesac is a great entry into his series.”
—Steve Perry, New York Times bestselling author of Shadows of the Empire

"The ideas of instinct, intellect, and belief come into play in a postapocalyptic world where bestowing “humanity” on those lacking it may result in extinction for all. This mix of George Orwell’s Animal Farm and dystopian sf creates an unusual and unforgettable read."
—Library Journal

“Mort(e) catapults the reader into a wild, apocalyptic world . . . [Mort(e)’s] journey, set against the backdrop of an ideological war between pure rationality and mysticism, makes for a strangely moving story.”
—The Washington Post

“With poignant flashes of a morality tale, this debut novel makes us rethink our relationship to all of Earth’s creatures (since they may someday turn on us).”
—Time Out New York

"Marvelously droll . . . This novel is all kinds of crazy, but it wears its crazy so well."
—Slate

“Mort(e) is funny, smart, well-written; it’s already among the better debuts of the year.”
—Flavorwire

"An epic science-fiction thriller . . . Mort(e) will stick with you long after you close the pages."
—Tor.com

“In Repino’s capable hands, Mort(e) is entertaining and intelligent science fiction that can be read as an adventure fantasy, but goes much deeper than that.”
—The Missourian

“What unfolds is told in a sarcastic and sometimes caustic style by a young writer of promising talent—by which I mean, a talent that is promised on the first page and then, after a series of ant mythologies, feline war tragedies, and inter-species friendships, firmly established by the end.”
—The Rumpus

Robert Repino grew up in Drexel Hill, Pennsylvania. After serving in the Peace Corps, he earned an MFA in Creative Writing from Emerson College. He is the author of Mort(e), the first volume of the War With No Name series. His fiction has appeared in The Literary Review, Night Train, Hobart, and The Coachella Review. He lives in New York and works as an editor for Oxford University Press.
Loading...
or
Not Currently Available for Direct Purchase