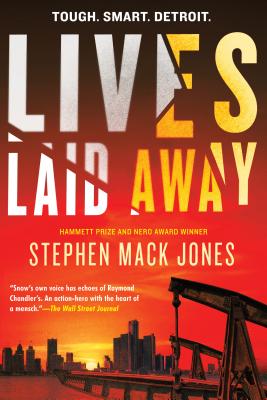 "Some of the most popular detective novels of the last two years (Kristen Lepionka’s Once You Go This Far and Stephen Mack Jones’s Lives Laid Away, to name only two examples) turn a sharp eye on systemic and institutional injustices. They build on the many fictional detectives, especially those created by women and writers of color, who have been speaking truth to power and focusing on collaboration for decades."
—Zocalo Public Square

Stephen Mack Jones is an award-winning playwright, and a recipient of the prestigious Hammett Prize, the Nero Award, and the Kresge Arts in Detroit Literary Fellowship. He was born in Lansing, Michigan, and currently lives in the suburbs of Detroit. He worked in advertising and marketing communications for a number of years before turning to fiction. August Snow was his first novel.
Loading...
or support indie stores by buying on
(This book is on backorder)