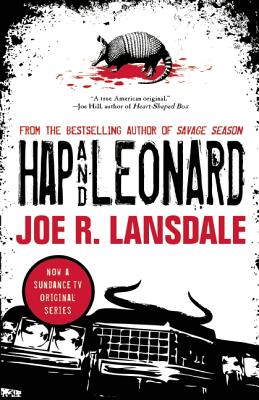 A SundanceTV series starring Michael K. Williams (The Wire), James Purefoy (Rome), and Christina Hendricks (Mad Men). Hap and Leonard have never fit the profile. Hap Collins looks like a good 'ol boy, but his liberal politics don't match. After a number of failed careers, Hap has found his calling: kicking ass. Vietnam veteran Leonard Pine is even more complicated: black, conservative, gay...and an occasional arsonist. With Leonard on the job, small-time crooks all on the way on up to the Dixie Mafia had best be extremely nervous. Joe R. Lansdale's popular Texan crime-fighting duo are immortalized in this complete collection of Hap and Leonard short stories and tall tales. Additionally, you'll find one brand-new story and an original introduction by New York Times bestselling author Michael Koryta (So Cold the River).

Joe R. Lansdale is the internationally-bestselling author of over forty novels, including twelve books featuring the popular Hap and Leonard. Many of his cult classics have been adapted for television and film, most famously Bubba Ho-Tep, starring Bruce Campbell and Ossie Davis. Lansdale has written numerous screenplays and teleplays, including for the iconic Batman the Animated Series. He has won an Edgar Award for The Bottoms, ten Stoker Awards, and has been designated a World Horror Grandmaster. Lansdale, like many of his characters, lives in East Texas.
Loading...
or support indie stores by buying on