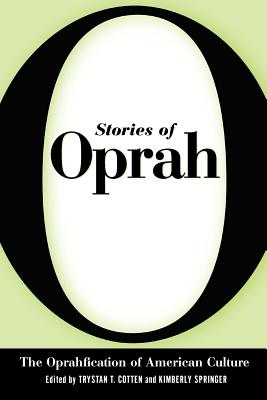 The Oprahfication of American Culture

Stories of Oprah is a collection of essays that explores Oprah Winfrey's broad reach as an industry and media brand. Contributors analyze a number of topics touching on the ways in which her cultural output shapes contemporary America. The volume examines how Oprah has fashioned a persona--which emphasizes her rural, poverty-stricken roots over other factors--that helps her popularize her unique blend of New Age spirituality, neoliberal politics, and African American preaching. She packages New Age spirituality through the rhetoric of race, gender, and the black preacher tradition. Oprah's Book Club has reshaped literary publishing, bringing Toni Morrison, William Faulkner, and Cormac McCarthy to a broad number of readers. Her brand extends worldwide through the internet. In this volume writers analyze her positions on teen sexuality, gender, race, and politics, and the impact of Winfrey's confessional mode on mainstream television news. The book also addresses twenty-first-century issues, showing Winfrey's influence on how Americans and Europeans responded to 9/11, and how Harpo Productions created a deracialized film adaptation of Zora Neale Hurston's classic novel Their Eyes Were Watching God in 2005. Throughout, Stories of Oprah challenges readers to reflect on how Oprah the Industry has reshaped America's culture, history, and politics.