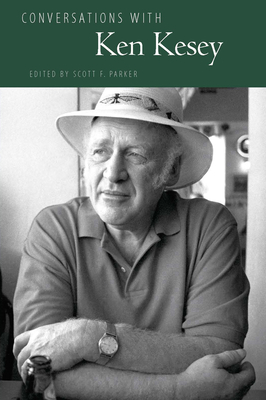 Ken Kesey (1935-2001) is the author of several works of well-known fiction and other hard-to-classify material. His debut novel, One Flew Over the Cuckoo's Nest, was a critical and commercial sensation that was followed soon after by his most substantial and ambitious book, Sometimes a Great Notion. His other books, including Demon Box, Sailor Song, and two children's books, appeared amidst a life of astounding influence. He is maybe best known for his role as the charismatic and proto-hippie leader of the West Coast LSD movement that sparked "The Sixties," as iconically recounted in Tom Wolfe's The Electric KoolAid Acid Test. In the introduction to "An Impolite Interview with Ken Kesey," Paul Krassner writes, "For a man who says he doesn't like to do interviews, Kesey certainly does a lot of them." What's most surprising about this statement is not the incongruity between disliking and doing interviews but the idea that Kesey could possibly have been less than enthusiastic about being the center of attention. Though after his two great triumphs writing played a lesser role in Kesey's life, his interviews reveal a thoughtful and generous artist and citizen, who sometimes regrets the books that were sacrificed for the sake of his other pursuits. Interviews trace his arc through success, fame, prison, farming, and tragedy--the death of his son in a car accident profoundly altered his life. These conversations make clear Kesey's central place in American culture and offer his enduring lesson that the freedom exists to create lives as wildly as can be imagined.

Scott F. Parker is author of Being on the Oregon Coast: An Essay on Nature, Solitude, the Creation of Value, and the Art of Human Flourishing and A Way Home: Oregon Essays as well as editor of Conversations with Joan Didion, published by University Press of Mississippi. He teaches writing at Montana State University
Loading...
or support indie stores by buying on