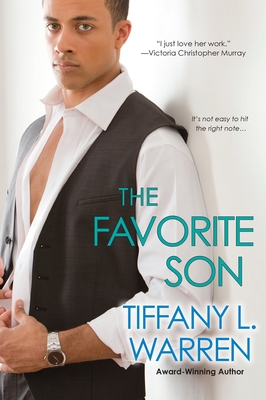 Do family, faith—and fame—go together? In this captivating novel from award-winning author Tiffany L. Warren, two brothers reach for the stars, but are they prepared for a fall?

They’re handsome, smart, and musically gifted. Brothers Camden and Blaine Wilson have put their talents together and founded a gospel group. The quieter one, Camden is the songwriter, while charismatic Blaine is the performer. At first, their Reverend father is against the idea—until Blaine, his favorite, wows the congregation with his performance at a church revival. Sure enough, once the reverend witnesses their effect on the crowd he wants them there every Sunday. But he may have set the stage for trouble...

As the group’s popularity grows, so do the groupies—and promiscuous Blaine is more than happy to share his love. Gigs across the country, meetings with music execs, a chance to sign with a major label, and a sexy new band member bring new connections—and dangerous new temptations. Soon, a slew of rumors and a shocking betrayal threaten to destroy the group—and the brothers’ relationship. But one event is going to rock their world forever. Do they have enough faith, forgiveness, and brotherly love left to find harmony once more?

Praise For The Favorite Son…

"Warren is masterful in creating characters who tug at our hearts and make us mad as heck while remaining grounded in the tenets of faith." --RT Book Reviews on The Replacement Wife

Tiffany L. Warren is an author, playwright, songwriter, mother and wife. Her debut novel, What a Sista Should Do, was released in June of 2005. Her second book, Farther than I Meant to Go, Longer than I Meant to Stay, was a national bestseller. She is also the author of The Bishop's Daughter and In The Midst of It All. In 2006, Tiffany and her husband, Brent, founded Warren Productions and released gospel musicals, What a Sista Should Do and The Replacement Wife. Tiffany is the visionary behind the Faith and Fiction Retreat. Tiffany resides in northern Texas with her husband, Brent, and their five children. Visit her online at www.TiffanyLWarren.com.
Loading...
or support indie stores by buying on