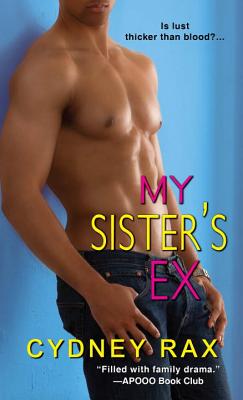 Almost as soon as Rachel Merrell breaks up with her fiancé, Jeffrey Williams, she begins questioning her decision. But when he starts dating her half-sister, Marlene, she starts losing it. There’s no way he could really be into—much less love—Marlene. Or is there? Not if Rachel has anything to do with it…

Rachel plays it like she’s not jealous, but since she and Marlene live together it’s impossible to ignore the romantic dates and sexy encounters—and harder to control her emotions. Soon she’s torn between using everything she's got to seduce Jeff or digging up enough of his dirty secrets to make sure no woman will ever want him.  Either way, Rachel plans to make sure his pain has only just begun—no matter the cost, to her sanity, her ex, or her sister…

Praise for the novels of Cydney Rax

“The book we can’t put down.”
--Essence® on My Husband’s Girlfriend

“Fascinating, witty, and thought-provoking.”
–Zane on My Daughter’s Boyfriend