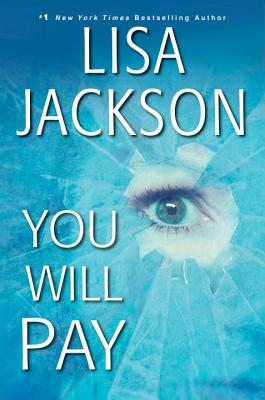 You Will Pay (Hardcover)

In a fast-paced, brilliantly twisted novel of suspense from #1 New York Times bestselling author Lisa Jackson, the deadly secrets of a long-ago summer stir to life once more.

It starts as a prank—a way to blow off steam after a long summer at Camp Horseshoe. Among the teen counselors, tensions and hormones are running high. No wonder the others agree when Jo-Beth Chancellor suggests they scare Monica O’Neal a little . . . or a lot. Monica has it coming, and no one will really get hurt. What could go wrong?

Twenty years later, Lucas Dalton, a senior detective with the sheriff’s department, is investigating the discovery of human remains in a cavern at what used to be Camp Horseshoe. Lucas knows the spot well. His father, a preacher, ran the camp, and Lucas worked there that infamous summer when two girls went missing. No one knows what happened to either of them, though with a dangerous convict on the loose, gossip was rife that they may have been kidnapped, or worse.

For Lucas, the case is personal—perhaps too much so. But it’s time to uncover the whole truth at last. That’s why seven former female counselors are coming back to the small Oregon town—among them, Bernadette Alsace, the woman Lucas has never forgotten. Each one knows something about that terrible night. Each promised not to tell. And as they reunite, a new horror unfolds. First come texts containing a personal memento and a simple, terrifying message: YOU WILL PAY. Then, the murders begin.

It started years ago. But it will end here—as a web of lust, greed, and betrayal is untangled to reveal a killer waiting to enact the perfect revenge.

OUTSTANDING PRAISE FOR THE NOVELS OF LISA JACKSON

“Jackson generates near-constant suspense, weaving together disparate plot turns, directing a large cast of characters, and playing up movie-star egos and show-biz gossip to give the novel a vintage Hollywood feel.” --Booklist

“Jackson definitely knows how to jangle readers’ nerves…Close to Home is perfect for readers of Joy Fielding or fans of Mary Higgins Clark.” --Booklist

“Absolutely tension filled…Jackson is on top of her game.” --Suspense Magazine

YOU DON’T WANT TO KNOW

“Lisa Jackson shows yet again why she is one of the best at romantic suspense. A pure nail biter.”  --Harlan Coben, # 1 New York Times bestselling author

“Her latest whodunit hits all the marks, taking readers on a nail-biting roller-coaster ride.” --Library Journal