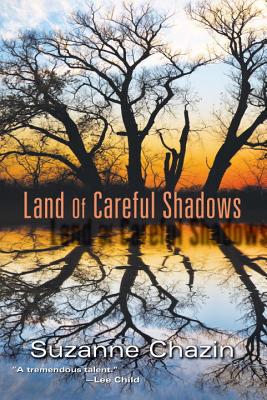 A body is found in a reservoir fifty miles north of New York City. The victim is young, female and Hispanic. In her purse, the police find a photograph of a baby they believe is her daughter--a little girl they can't identify. Or find. Where is the child? Is she still alive? And what is the meaning behind the disturbing note in the woman's bag? "Go back to your country. You don't belong here."

Arriving at the scene is homicide detective Jimmy Vega, who spent the better part of his childhood in the area and still carries the scars. A Latino himself, Vega knows all too well how hard it can be for an outsider to fit into a close-knit place like Lake Holly. Even now, as a respected officer of the law, he has to watch his step in an investigation simmering with ethnic animosities and steeped in local gossip. Both challenged and intrigued by Adele Figueroa--a passionate defender of immigrants' rights who reminds him uncomfortably of his own family's struggles--Vega must rethink everything he believes to uncover long-buried truths about his community, his loved ones . . . and himself.

Filled with drama, mystery and raw emotions, Land of Careful Shadows shines a nuanced and timely light on a small town's darkest secrets and deepest obsessions. It is not only a tour de force of literary suspense, but an intimate journey into the human heart.

Suzanne Chazin won widespread acclaim for the Jimmy Vega series, including Land of Careful Shadows, A Blossom of Bright Light, and No Witness But the Moon. She is also the author of the Georgia Skeehan mystery series, including The Fourth Angel, Flashover, and Fireplay. She has twice been the recipient of the Washington Irving Book Award for fiction. Her fiction, essays, and articles have appeared in numerous magazines and newspapers, as well as the award-winning short story anthology, Bronx Noir.  She lives in the New York City area. Visit her on Facebook or at www.suzannechazin.com.
Loading...
or
Not Currently Available for Direct Purchase