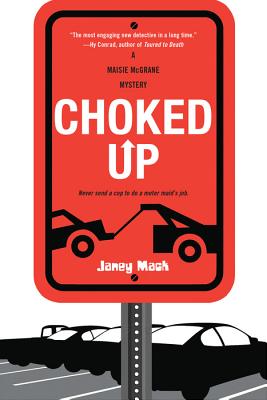 She's working undercover-and she's in way over her head. Scrappy Traffic Enforcement agent Maisie McGrane has finally landed her dream job as a Chicago police officer. There's just one catch. She must remain undercover as a meter maid to gather evidence against Stannislav Renko, a charismatic Serbian mobster running a brutal multi-million dollar mobile chop-shop operation. When Maisie is targeted by a killer who leaves a body slumped against her car, Renko comes to her rescue and takes her under his wing. From her perch inside the crime boss's inner circle, Maisie sets up a daring sting operation to take down Renko once and for all. But can she pull it off before her family of overprotective Irish cops and her sexy ex-Army Ranger boyfriend blow her cover? Praise for Time's Up "Mack's outstanding debut conjures equal parts Janet Evanovich and Michael Harvey... A fast and furious plot that expertly balances menace and laugh-out-loud hijinks." -Publishers Weekly, Starred Review "Mystery buffs will not only be swept up in the ingenious and well-crafted plot but will love the irrepressible Maisie." -Library Journal, Starred Review.

Janey Mack grew up always wanting to be a cop but her dad wouldn't let her, so she did the next best thing and created Maisie McGrane, who gets to do everything she can't. She lives with her husband and children in Scottsdale, Arizona, within driving distance of her brothers. Please visit her at janeymack.com.
Loading...
or support indie stores by buying on