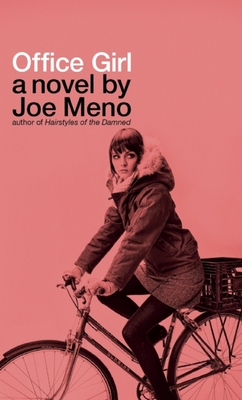 Meno's tender, hip, funny, and imaginative portrayal of two Chicago misfits...dramatizes that anguished and awkward passage between legal age and actual adulthood.
--Booklist, Core Collection: New Adult Fiction Named Best New Novel by a Chicagoan and Best Book for the Disillusioned Artist in All of Us by the Chicago Reader Selected by The Believer's readers as a favorite fiction work of 2012 One of DailyCandy's Best Books of 2012 An off-kilter romance doubles as an art movement in Joe Meno's novel. The novel reads as a parody of art-school types...and as a tribute to their devil-may-care spirit. Meno impressively captures post-adolescent female angst and insecurity. Fresh and funny, the images also encapsulate the mortification, confusion and excitement that define so many 20-something existences.
--The New York Times Book Review Wonderful storytelling panache...Odile is a brash, moody, likable young woman navigating the obstacles of caddish boyfriends and lousy jobs, embarking on the sort of sentimental journey that literary heroines have been making since Fanny Burney's Evelina in the 1770s. Tenderhearted Jack is the awkward, quiet sort that the women in Jane Austen's novels overlook until book's end. He is obsessed with tape-recording Chicago's ambient noises so that he can simulate the city in the safety of his bedroom, 'a single town he has invented made of nothing but sound.' Mr. Meno excels at capturing the way that budding love can make two people feel brave and freshly alive to their surroundings...the story of the relationship has a sweet simplicity.
--The Wall Street Journal In Joe Meno's new novel, set in the last year of the 20th century, art school dropout Odile Neff and amateur sound artist Jack Blevins work deadening office jobs; gush about indie rock, French film, and obscure comic book artists; and gradually start a relationship that doubles as an art movement. They are, in other words, the 20-something doyens of pop culture and their tale of promiscuous roommates, on-again/off-again exes, and awkward sex is punctuated on the page by cute little doodles, black and white photographs (of, say, a topless woman in a Stormtrooper mask), and monologues that could easily pass for Belle & Sebastian lyrics (It doesn't pay to be a dreamer because all they really want you to do is answer the phone).
--Publishers Weekly (Pick of the Week) Meno has constructed a snowflake-delicate inquiry into alienation and longing. Illustrated with drawings and photographs and shaped by tender empathy, buoyant imagination, and bittersweet wit, this wistful, provocative, off-kilter love story affirms the bonds forged by art and story.
--Booklist (starred review) No one dies in Office Girl. Nobody talks about the international political situation. There is no mention of any economic collapse. Nothing takes place during a World War. Instead, this novel is about young people doing interesting things in the final moments of the last century. Odile is a lovely twenty-three-year-old art-school dropout, a minor vandal, and a hopeless dreamer. Jack is a twenty-five-year-old shirker who's most happy capturing the endless noises of the city on his out-of-date tape recorder. Together they decide to start their own art movement in defiance of a contemporary culture made dull by both the tedious and the obvious. Set in February 1999--just before the end of one world and the beginning of another--Office Girl is the story of two people caught between the uncertainty of their futures and the all-too-brief moments of modern life. Joe Meno's latest novel also features black-and-white illustrations by renowned artist Cody Hudson and photographs by visionary photographer Todd Baxter.

Joe Meno is a fiction writer and playwright who lives in Chicago. He is a winner of the Nelson Algren Literary Award, a Pushcart Prize, the Great Lakes Book Award, and was a finalist for the Story Prize. He is the author of five novels and two short story collections including The Great Perhaps, The Boy Detective Fails, Demons in the Spring, and Hairstyles of the Damned. His short fiction has been published in One Story, McSweeney's, Swink, LIT, TriQuarterly, Other Voices, Gulf Coast, and broadcast on NPR. His nonfiction has appeared in the New York Times and Chicago Magazine. His stage plays have been produced in Chicago, Los Angeles, Washington, D.C., and Charville, France. He is an associate professor in the Fiction Writing Department at Columbia College Chicago.
Loading...
or support indie stores by buying on