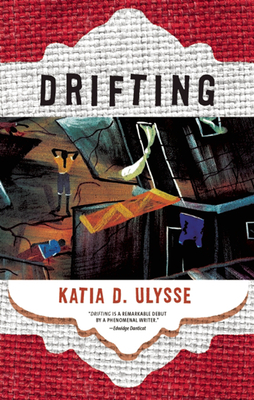 An arresting account of the contemporary Haitian-American experience.
--Publishers Weekly This novel in short stories will appeal to readers of literary and Caribbean fiction.
--Library Journal Ulysse displaces and redeems her characters with formidable skill, while her precise cuts through all preconceptions....Intense and necessary.
--Booklist Humanity is lost and found in these stories...Ulysse has created a fascinating world of class and cultural distinctions; her stories are engaging.
--Kirkus Reviews Assimilating qualities of Danticat and Alvarez, Ulysse paints a variegated literary tableau, more sociological than psychological or historical, that translates into fiction the reality, as well as the fragility and vivacity, of life for young Haitian American women of few means.
--World Literature Today A superb novel in the form of interconnected short stories that follow Haitian families as they move between time and place, before and after the devastating earthquake of 2010.
--Teaching Tolerance Magazine, Summer 2015 Staff Pick Powerful, piercing and unforgiving...Drifting transcends escapism, materialism and gaudy promises...Ulysse's prosaic brilliance is unmistakable.
--Kaieteur News (Guyana) Captivating and honest....This novel is a win-win for anyone who enjoys character development just as much as plot.
--The Review Lab, Columbia College Chicago Drifting is an intoxicating account of various short stories by Haitian novelist and literary genius Katia D. Ulysse...highly recommended.
--Black Star News Ulysse paints a vivid picture of customs, culture, and experiences. And like the characters, readers are engulfed in a vast array of emotions.
--OOSA Online Book Club A good, worthwhile read.
--Book Lust Katia D. Ulysse has written an engaging debut novel, Drifting....Drawing on rural Haiti, the class system, Vodou and folklore, Ulysse shows how immigrating to the US, while often seen as the only real option, does not always retain or strengthen families or improve one's economic station.
--The World is Robert Katia D. Ulysse's debut provides the rare opportunity to peer into the private lives of four secretive Haitian families. The interwoven narrative spans four decades--from 1970 through 2010--and drifts among various provinces in Haiti, the United States, churches, vodun temples, schools, strip clubs, and the grave. Ulysse introduces us to a childless Haitian American couple risking it all for a baby to call their own; a Florida-based predatory schoolteacher threatening students with deportation if they expose him; and the unforgettable Monsieur Boursicault, whose chain of funeral parlors makes him the wealthiest man in Haiti. This daring work of fiction is a departure from the standard narrative of political unrest on the island. Ulysse's characters are everyday people whose hopes for distant success are constantly challenged--but never totally swayed--by the hard realities accompanying the immigrant's journey.

Katia D. Ulysse was born in Haiti, and moved to the United States as a teen. Her writings have been published in numerous literary journals, including the Caribbean Writer, Meridians, Calabash, Peregrine, and Smartish Pace, among others. Her work has also appeared in The Butterfly's Way and Haiti Noir. Her first children's book, Fabiola Can Count, was published in 2013. Ulysse lives in Maryland with her husband and daughter. When she's not reading, writing fiction, gardening, or teaching, she blogs on VoicesfromHaiti.com.
Loading...
or support indie stores by buying on