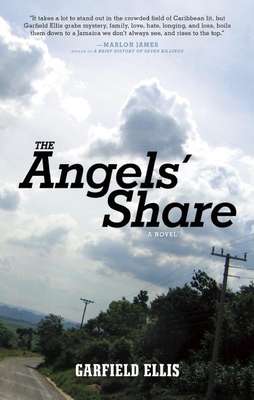 "The novel avoids the maudlin of some coming-of-age stories, and the magnetic descriptions of the father-and-son conversations and encounters and the Jamaican landscape add to the narrative....Like Marcus J. Guillory's Red, Now, and Laters, this book will appeal to lovers of Caribbean fiction, but all readers of relationship novels are sure to enjoy."
--Library Journal, Starred review Shortlisted for the Una Marson Award for Adult Literature, part of Jamaica's Lignum Vitae Awards "Ellis writes with an easy grace, and his novel should find favor with readers who are interested in exploring world fiction."
--Booklist "A fast-paced story of father and son, packed with misadventures and set against the backdrop of contemporary Jamaica....Ellis sets his story in 2008 Jamaica, where "old people are burnt in their homes for no reason at all; stubborn old men are slaughtered by gunmen"--where "it is so easy to get away with murder." This milieu adds a great deal of tension....Well-constructed....Admirable."
--Kirkus Reviews "Ellis...has an exquisitely unique writing voice and the world should not be without it. Nowhere is this more clear than in reading Ellis's latest offering, The Angels' Share.... The novel] is a deeply moving meditation on regret--and the hope for redemption."
--Toronto Star "The Angels' Share is storytelling at its best....Imaginative and insightful, The Angels' Share beckons us to look deeper, beyond the personas and the camouflage lives we construct."
--Jamaica Gleaner "It's a novel about how children can never really know their parents, about the unique and often strange relationship between fathers and sons, about forgiveness and, most of all, about regret."
--The Globe and Mail "Canadian author Garfield Ellis takes readers on a dusty yet sensual Caribbean travelogue."
--Quill & Quire "This moving father/son story... is] an enormously satisfying book."
--Best New Fiction "It takes a lot to stand out in the crowded field of Caribbean lit, but Garfield Ellis grabs mystery, family, love, hate, longing, and loss, boils them down to a Jamaica we don't always see, and rises to the top."
--Marlon James, author of A Brief History of Seven Killings Everton Dorril, a rising star at a Jamaican beverage company, immediately fears the worst when his stepmother calls one morning to tell him his father is missing. Everton soon discovers that his father has run off to track down a woman he has been in love with for thirty-five years. An "outside" child born to his father's mistress, Everton deeply resents his father and hates the idea of jeopardizing the most important moment in his career to go find him, but feels he has no other choice. His father's stubborn refusal to return home leads Everton to reluctantly give up a week of work--one week only--to join him on his quest. By the fourth day, Everton is fed up with his father's lies and excuses. In spite of his better judgment, and worried his father might be dying, Everton finally confronts him one drunken night and airs his resentments. He discovers that his father, frightened and unhappy with the failings of his past, is seeking closure and reconciliation. Fearing this is his last chance to find out more about the father who had no time for him when he was growing up, Everton and his father set out on an adventurous quest across Jamaica, hoping to make up for lost time.

Garfield Ellis grew up in Jamaica. He studied marine engineering, management, and public relations in Jamaica and completed his MFA at the University of Miami, as a James Michener Fellow. He is the author of five published books: Flaming Hearts, Wake Rasta, Such As I Have, For Nothing at All, and Till I'm Laid to Rest. His work has appeared in several international journals, including Callaloo, Calabash, the Caribbean Writer, Obsidian III, Anthurium, and Small Axe. Ellis has won the Una Marson Prize for Adult Literature for his collection Flaming Hearts (1997), and later for Till I'm Laid To Rest (2000). He also won the Canute A. Brodhurst Prize for Short Fiction in 2000 and 2005, and the 1990 Heinemann/Lifestyle Short Story Competition.
Loading...
or
Not Currently Available for Direct Purchase