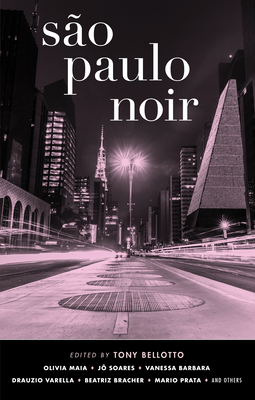 Bellotto has no trouble discovering dark doings...S o Paulo's size and diversity give this volume's 14 storytellers room to roam...In the year of #MeToo, Bellotto's Akashic entry has a timely feel, giving noir a host of feminine faces.
--Kirkus Reviews

Akashic Books continues its award-winning series of original noir anthologies, launched in 2004 with Brooklyn Noir. Each book comprises all new stories, each one set in a distinct neighborhood or location within the respective city. On the heels of Rio Noir, beloved Brazilian rock star and best-selling novelist Tony Bellotto ushers another world-class city into the Akashic Noir Series.

From the introduction by Tony Bellotto:

More than historians and sociologists, writers have always been able to transform cities into great characters. This is the way we decipher devouring sphinxes.