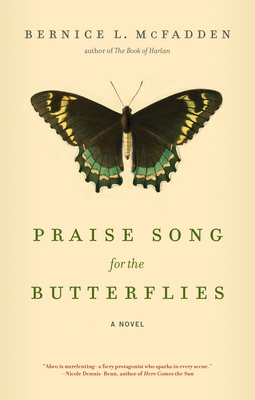 Praise Song for the Butterflies

Bernice L. McFadden is the author of nine critically acclaimed novels including Sugar, Loving Donovan, Nowhere Is a Place, The Warmest December, Gathering of Waters (a New York Times Editors' Choice and one of the 100 Notable Books of 2012), Glorious, and The Book of Harlan (winner of a 2017 American Book Award and the NAACP Image Award for Outstanding Literary Work, Fiction). She is a four-time Hurston/Wright Legacy Award finalist, as well as the recipient of three awards from the BCALA.
Loading...
or support indie stores by buying on