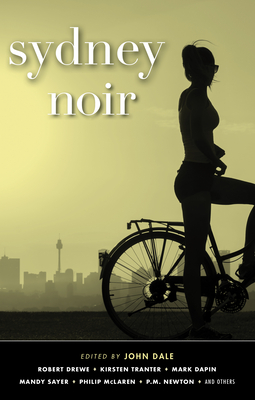 Kirsten Tranter's The Passenger has been nominated for the Edgar Award for Best Short Story, presented by the Mystery Writers of America.

Sydney Noir has been shortlisted for the 2019 Danger Award presented by BAD: Sydney Crime Writers Festival

At a time when a significant swathe of Australian crime fiction has relocated to the regions and the drought-stricken interior...it's good to get back to the grime of the city...Edited by John Dale, Sydney Noir brings together 14 compelling short stories by established and emerging Australian authors, each offering a startling glimpse into the dark heart of Sydney and its sprawling suburbs.
--Sydney Morning Herald, review for the Australian edition

Included in CrimeReads's Most Anticipated Crime Books of 2019

This long-time fan of the series breathed a sigh of relief upon discovering that not only is Sydney Noir very good indeed, it is one of the best in Akashic's canon for some time...As a snapshot of contemporary Australia, this collection delivers in ways that most middlebrow literary fiction cannot seem to get its head around, even though much literary fiction flirts with the noir genre without fully committing. Here is a touch but tender vision of multicultural working-class Australia, with all its wards and anxieties.
--Australian Book Review

The writing is fantastic across the board. It's evocative and engaging...If you have any interest in noir, crime novels, or just excellent writing, you can't go wrong with this collection.
--Tails from the Dog-Side

Overall I really enjoyed this collection...I've definitely got the taste for more Australian crime fiction this year.
--Col's Criminal Library

From John Dale's introduction to the book:

Nothing lasts in Sydney, especially good fortune: lives are upturned, shops are sold, roads dug up, trees and houses knocked down, premiers discarded, and entire communities relocated in the name of that economic mantra--growth and progress. Just when you think the traffic can't get any worse and the screech of the 747s descending over your roof can't get any louder, along comes a wild electrical storm that batters the buildings and shakes the power lines and washes the garbage off the streets and you stand, sheltered under your broken brolly in the center of Sydney, admiring this big beautiful city.

What never changes, though, is the hustle on the street. My father was a detective in the vice squad shortly after the Second World War, and he told stories of busting SP bookies in Paddington and Surry Hills, collaring cockatoos stationed in the laneways of South Sydney, and arresting sly-groggers. Policing back then was hands-on for the poor and hands-off for the rich. Crime and Sydney have always been inseparable: a deep vein of corruption runs beneath the surface of even its most respectable suburb.

John Dale was born in Sydney. He is the author of seven books, including a memoir, Wild Life; a campus novel, Leaving Suzie Pye; a novella, Plenty; a true-crime biography, Huckstepp; and three crime novels: Dark Angel, The Dogs Are Barking, and Detective Work. He lives in Sydney with his wife and son.
Loading...
or support indie stores by buying on