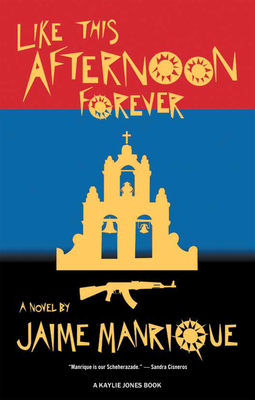 Jaime Manrique has been named the recipient of the 2019 Bill Whitehead Award for Lifetime Achievement, presented by the Publishing Triangle

"A seasoned and venerated writer, Manrique sets his newest novel in his native Colombia, to reckon with the 'false positive' scandal, in which the military lured unsuspecting civilians to their deaths and then presented the bodies as defeated insurgents in order to inflate their victories...Manrique's elegant prose anchors this explosive storyline to the intimacy of love...Another excellent novel by a master storyteller."
--NBC News, included in 10 New Latino Books

"Jaime Manrique's new literary novel of love and murder is based on a shocking (and little-reported in US media) crime--up to 10,000 poor and mentally disabled Colombian citizens were lured to remote areas of the country by the Colombian military, murdered, then presented to superiors as 'guerilla fighters' to inflate casualty numbers, in what's been dubbed the 'false positives' scandal. In Like This Afternoon Forever, two priests already forced to hide their forbidden love come across evidence of widespread government violence."
--CrimeReads, included in the Most Anticipated Crime Books of Summer 2019

"Against the backdrop of guerrilla warfare in Colombia, two young men fall in love while studying to become Catholic priests. Manrique, a recipient of Colombia's National Poetry Award as well as a Guggenheim fellowship, weaves into his story the 'false positives' scandal, in which members of the Colombian military sought to drum up the number of guerilla fighters they'd killed by murdering and misidentifying innocent civilians."
--Publishers Weekly, included in LGBTQ Feature

"Manrique's drama of a dangerous love affair in a world of blood, terror, displacement, and desperation grapples with profound and persistent conflicts."
--Booklist

"In Like This Afternoon Forever by Jaime Manrique, two seminary students fall in love against the backdrop of the brutality of the 'false positives' murders of a drug cartel in Colombia...In this bloody conflict, Lucas and Ignacio find their relationship moving from passion to rage and finally an ultimate commitment to each other and their country."
--The Advocate, included in The Best Thriller & Fantasy Novels We Read in 2019

For the last fifty years, the Colombian drug cartels, various insurgent groups, and the government have fought over the control of the drug traffic, in the process destroying vast stretches of the Amazon, devastating Indian communities, and killing tens of thousands of homesteaders caught in the middle of the conflict.

Inspired by these events, Jaime Manrique's sixth novel, Like This Afternoon Forever, weaves in two narratives: the shocking story of a series of murders known internationally as "the false positives," and the related story of two gay Catholic priests who become lovers when they meet in the seminary.

Lucas (the son of farmers) and Ignacio (a descendant of the Bar indigenous people) enter the seminary out of a desire to help others and to get an education. Their visceral love story undergoes stages of passion, indifference, rage, and a final commitment to stay together until the end of their lives. Working in a community largely composed of people displaced by the war, Ignacio stumbles upon the horrifying story of the false positives, which will put the lives of the two men in grave danger.

Jaime Manrique is a Colombian-born novelist, poet, essayist, and translator who writes both in English and Spanish, and whose work has been translated into fifteen languages. Among his publications in English are the novels Colombian Gold, Latin Moon in Manhattan, Twilight at the Equator, Our Lives Are the Rivers, and Cervantes Street; he has also published the memoir Eminent Maricones: Arenas, Lorca, Puig, and Me. His honors include Colombia's National Poetry Award, a 2007 International Latino Book Award (Best Novel, Historical Fiction), and a Guggenheim Fellowship. He is a distinguished lecturer in the Department of Modern and Classical Languages and Literatures at the City College of New York.
or
Buy Here
Copyright © 2020 American Booksellers Association