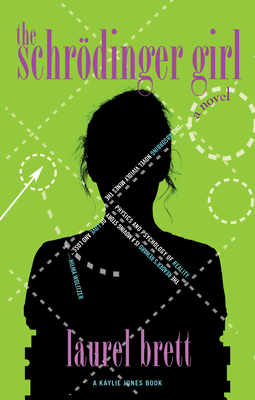 "Brett's novel is a rare page turner that avoids the obvious traps...Why not let Garrett indulge a little? His pursuit is maddening, because it should be. But the more impossible his reality becomes, the greater the potential for, as the professor says, 'transcendence.'"
--New York Times Book Review

"In this mind-bending experimental thriller, an uptight scientist being dragged kicking and screaming into the 1960s is as depressed as he is bored--at least, until he meets a mysterious woman he becomes obsessed with, who then splinters into four different versions of herself, each with their own take on the scientist's intentions."
--CrimeReads, included in CrimeReads' Most Anticipated Crime Books of 2020

"Get ready to engage in a mind-blowing story "
--Bookstr, included as a Three to Read Pick

"Brett, who has written a critical study of postmodern fiction, has hit upon an immensely interesting concept for her debut novel, one that allows her to dig deep into psychology, philosophy, physics, and, most importantly, politics as Daphne shakes Garrett out of his indifference toward the cultural turmoil of the late '60s."
--Kirkus Reviews

"For those akin to the writing of Brett I'm sure you will find it very nourishing."
--Exclusive Magazine

"In many ways, the Schr dinger gambit is there to provide the author with a canvas to explore the different paths one person can follow, but there's a lot of real thought about multiple universes and quantum mechanics, especially as seen in the mid-60s. It's also a tour of NYC and the Hudson Valley during that period and the impact of the cultural revolution of the Woodstock generation on the intellectuals who came of age a decade earlier. Not traditional science fiction, perhaps, but good writing and a thoughtful exploration of the period, characters, and ideas. Recommended."
--Amazing Stories

"This absorbing novel vividly mines the physics and psychology of reality, and the reader's reward is a moving story of love and loss."
--Hilma Wolitzer, author of An Available Man

Garrett Adams, an uptight behavioral psychology professor who refuses to embrace the 1960s, is in a slump. The dispirited rats in his latest experiment aren't yielding results, and his beloved Yankees are losing. As he sits at a New York City bar watching the Yanks strike out, he knows he needs a change.

At a Columbus Circle bookstore he meets a mysterious young woman, Daphne, who draws him into the turbulent and exciting world of Vietnam War protest politics and the music of Bob Dylan and the Beatles. He starts to emerge from the numbness and grief over his father's death in World War II.

When Daphne evolves into four separate versions of herself, Garrett's life becomes complicated as he devotes himself to answering questions about character and destiny raised by her iterations. His obsession threatens to upend his relationship with Caroline, a beautiful art historian, destroy his teaching job, and dissolve his friendship with his old pal Jerry.

The Daphnes seem to exist in separate realities that challenge the laws of physics and call into question everything Garrett thought he knew. He must decide what is vision, what is science, and what is delusion.

Laurel Brett, a refugee from the 1960s, was born in Manhattan in the middle of the last century. Her passionate interest in the arts and social justice led her to a PhD and a long career as a community college professor. She expanded her award-winning dissertation on Thomas Pynchon's work into a groundbreaking analysis, Disquiet on the Western Front: World War II and Postmodern Fiction, which was published by Cambridge Scholars. She lives in Port Jefferson, New York.
Loading...
or support indie stores by buying on