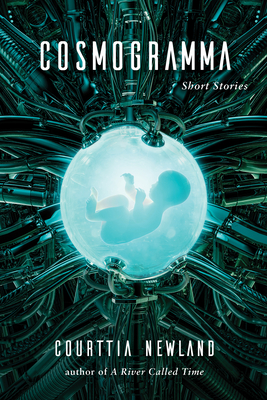 A dark and incisive collection of speculative short stories set in an alternate future of interstellar space travel, robots, mythical creatures, and the uncanny.

"Newland easily engages readers with complex world-building, well-shaded characters, and stories as entertaining as they are meaningful. It's no small feat to so immediately and repeatedly appeal to readers' hearts and minds, and Newland's mastery of short-format storytelling is sure to impress. Speculative fiction fans won't be able to put this down."
--Publishers Weekly, starred review

"Newland's writing is in league with a host of SF subgenres, from pulpy space opera to N.K. Jemisin-style Afrofuturism to Jeff VanderMeer-esque eco-fiction. But his chief skill is weaving those tropes into stories that are both wildly speculative and on the news . . . Wide-ranging and deeply imaginative; Newland is equally at home in council flats and deep space."
--Kirkus Reviews

In his exquisite first collection of speculative fiction, Courttia Newland envisages an alternate future as lived by the African diaspora.

Kill parties roam the streets of a post-apocalyptic world; a matriarchal race of mer creatures depends on interbreeding with mortals to survive; mysterious seeds appear in cities across the world, growing into the likeness of people in their vicinity.

Through transfigured bodies and impossible encounters, Newland brings a sharp, fresh eye to age-old themes of the human capacity for greed, ambition, and self-destruction, but ultimately of our strength and resilience.

Courttia Newland is the author of seven books including A River Called Time, The Gospel According to Cane, and his much-lauded debut, The Scholar. In 2016 he was awarded the Roland Rees Bursary for playwriting. As a screenwriter, he has written two episodes of the Steve McQueen BBC series Small Axe.
Loading...
or support indie stores by buying on