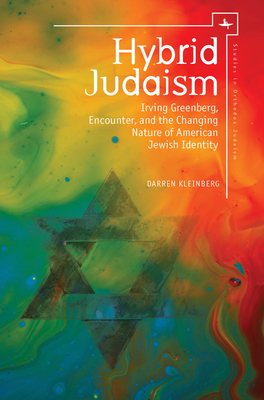 American Jewish identity has changed significantly over the course of the past half century. During this time, Irving Greenberg developed a unique theology that anticipated David Hollinger's notion of postethnicity and represents a compelling understanding of contemporary American Jewish identity. Greenberg's covenantal theology and image of God idea combine into what Kleinberg refers to as Hybrid Judaism. Central to Greenberg's theology is recognition of the transformative power of encounter in an open society, heavily influenced by his own encounters across Jewish denominational boundaries and through his participation in the Christian-Jewish dialogue movement. Presented here for the first time, Greenberg's theology of Hybrid Judaism has great relevance for our understanding of American Jewish identity in the twenty-first century.

Darren Kleinberg was ordained by Yeshivat Chovevei Torah in 2005 and completed his doctorate in Religious Studies from Arizona State University in 2014. He currently serves as Head of School at Kehillah Jewish High School, in Palo Alto, California. Prior to arriving at Kehillah, he was the Founding Executive Director of Valley Beit Midrash in Phoenix, Arizona.
or support indie stores by buying on
Copyright © 2020 American Booksellers Association