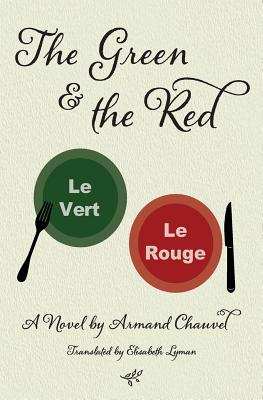 The Green and the Red

She's a vegetarian. He's a carnivore. Will it be a table for one?

Meet L a. She's the idealistic owner and chef of La Dame Verte, a vegetarian restaurant struggling in a small French town in Brittany. Meet Mathieu. He's the carnivorous marketing director of the town's biggest pork producer, which is trying to put L a out of business to take over the restaurant's prime real estate. When L a and Mathieu first cross paths, it is under false pretenses-Mathieu is posing as a vegetarian, infiltrating the local animal rights community for information that will force L a's restaurant toward a swifter demise. And while L a suspects that Mathieu isn't all that he appears to be, she has no idea how deep his culinary deception goes.

Neither of them can deny the attraction they feel for each other, and it seems as though they might be setting a table for two ... until L a learns the truth. Translated from the French, The Green and the Red is at once a romantic comedy and a comedy of errors-two people from different worlds coming together in a small French town immersed in the culture of food.