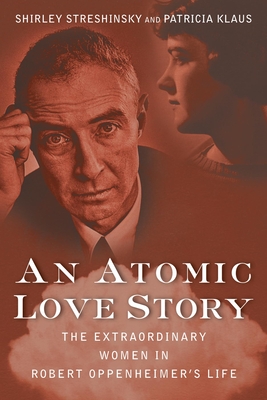 A gripping narrative of the love and betrayal of J. Robert Oppenheimer, told through the lives of three unique women.

Set against a dramatic backdrop of war, spies, and nuclear bombs, An Atomic Love Story unveils a vivid new view of a tumultuous era and one of its most important figures. In the early decades of the 20th century, three highly ambitious women found their way to the West Coast, where each was destined to collide with the young Oppenheimer, the enigmatic physicist whose work in creating the atomic bomb would forever impact modern history. His first and most intense love was for Jean Tatlock, though he married the tempestuous Kitty Harrison--both were members of the Communist Party--and was rumored to have had a scandalous affair with the brilliant Ruth Sherman Tolman, ten years his senior and the wife of another celebrated physicist. Although each were connected through their relationship to Oppenheimer, their experiences reflect important changes in the lives of American women in the 20th century: the conflict between career and marriage; the need for a woman to define herself independently; experimentation with sexuality; and the growth of career opportunities.

Beautifully written and superbly researched through a rich collection of firsthand accounts, this intimate portrait shares the tragedies, betrayals, and romances of an alluring man and three bold women, revealing how they pushed to the very forefront of social and cultural changes in a fascinating, volatile era.

Shirley Streshinsky is the critically acclaimed author of three works of nonfiction and four historical novels. As a journalist and travel essayist, she has written extensively for "Redbook, Glamour, Preservation, American Heritage, The American Scholar, " and "Conde Nast Traveler" and has been featured on NPR. She is the recipient of the Society of Magazine Writers' Award for Excellence and the National Council for the Advancement of Education Writing Award. She was married to the late photojournalist Ted Streshinsky and has three grown children. She lives in Kensington (Berkeley), California.

Patricia Klaus received her PhD in Modern British History from Stanford where she specialized in women's studies, the history of marriage, and the study of war and literature. She has taught at Yale, Stanford, and the University of Virginia and has published scholarly papers on the subject of women. Klaus lives with her husband and two sons on a farm in Sonoma County, California.
Loading...
or support indie stores by buying on