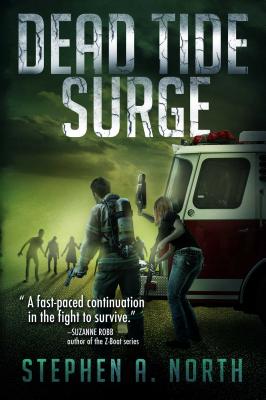 Humanity is in its death throes. Is anyone safe in this new world?

The grueling task of finding a safe haven and securing supplies is far more difficult than it should be simply due to human nature. Witness the best and the worst that humanity has to offer as the dead tide surges, and what is left of civilization sinks into a morass of madness.

Stephen A. North is a Florida native. He has a BA in English Literature from USF. He served in the Army Reserve as a military policeman from 1984 to 1990. His first "real" job was making camera bellows when he was sixteen. From there he worked in the fast food industry, a book store, then three major retailers.
Loading...
or
Not Currently Available for Direct Purchase