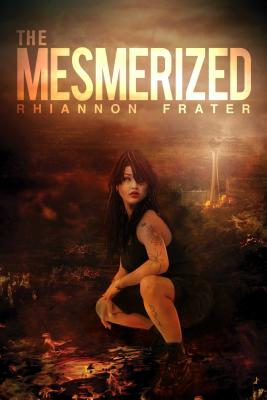 After humanity becomes mindless drones, one woman fights to survive. It is silence, not screams of terror, which proclaims the end of the world... Minji Nordim is vacationing in Las Vegas with her small family when she witnesses the beginning of a terrifying apocalypse. When humanity is transformed into mindless drones by a terrifying supernatural event only Minji appears to be immune. Thousands die instantly, but the other affected people are drawn to the Nevada desert. Nothing stands in the way of the mesmerized. Not fire, not heights, not rubble. As the bodies pile in the streets and the relentless wave of the mesmerized plods into the deadly desert, Minji is trapped in a burning city attempting to rescue her family. When Minji encounters other unaffected survivors, they band together to survive in a city that is crumbling all around them. With no hope of rescue and the event slowly spreading across the world, Minji and the others must decide who to save among the mesmerized and where to go before the city is in ashes. Even more unsettling is that Minji senses that the force behind the event is observing them... Can one woman save her family and the world?

Rhiannon Frater is the award-winning author of over a dozen books, including the As the World Dies zombie trilogy, as well as independent works such as The Last Bastion of the Living (declared the #1 Zombie Release of 2012 by Explorations Fantasy Blog and the #1 Zombie Novel of the Decade by B&N Book Blog), and other horror novels. She was born and raised a Texan and presently lives in Austin, Texas with her husband and furry children (a.k.a pets). She loves scary movies, sci-fi and horror shows, playing video games, cooking, dyeing her hair weird colors, and shopping for Betsey Johnson purses and shoes.
or
Not Currently Available for Direct Purchase