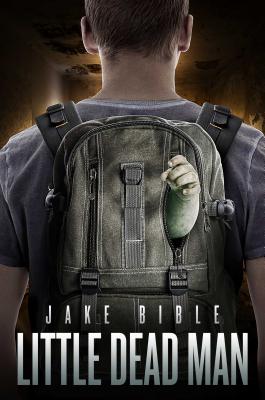 Garret Weir has just turned sixteen. But he's not the only sixteen year old in the family. Just the only one alive.

Decades after the zombie apocalypse, seventeen year old Garret Weir just wants to be a normal teenager. As if dealing with the zombies isn’t hard enough, his annoying twin brother refuses to leave him in peace. And it’s not like Garret can just go to his room and shut the door to get away. His brother Garth is a zombie and conjoined to the top of Garret’s spine. Good times.

Forced from his hidden, mountain compound, Garret must learn who to trust and who to fear as he and Garth are thrust into a world more horrific than anything they could imagine. Fighting for their lives in a foreign landscape, the brothers head north to find their father who may have the answer to the deadly virus that caused the zombie apocalypse. Along their way they meet new friends, learn betrayal the hard way, fight for their mother’s life, run from deadly ene-mies, and discover that life may have seemed difficult before, but can al-ways get a whole lot worse.

A fast-paced, high-action novel that doesn’t pull any punches, Little Dead Man is a surprisingly sweet story of two brothers -one living, one undead-  that struggle with a mother that is mentally unstable, a missing father that has kept too many secrets, and a lie their parents have always told- that they are the last survivors on Earth. When the truth of that lie is revealed, Garret and Garth quickly find out that having other survivors in the world isn’t exactly a good thing. In fact, it’s quite deadly.

Jake Bible lives in Asheville, NC with his wife and two kids. Novelist, short story writer, independent screenwriter, podcaster, and inventor of the Drabble Novel, Jake is able to switch between or mashup genres with ease to create new and exciting storyscapes that have captivated and built an audience of thousands. He is the author of the Young Adult horror novels Little Dead Man and Intentional Haunting, as well as the bestselling adult horror series ZBurbia and adult thriller/adventure series, Mega. Find him at jakebible.com. Join him on Twitter and Facebook.
Loading...
or
Not Currently Available for Direct Purchase