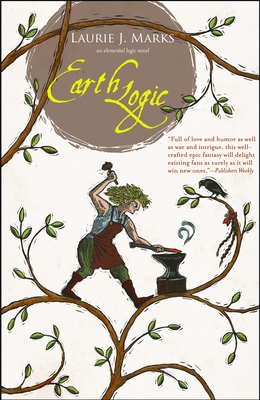 The second book in the Elemental Logic series, Earth Logic continues the story from the perspective of Karis, a complex character born of magic and now ruler for the country of Shaftal.

Karis is a woman who can heal the war-torn land and expel the invaders, but she lives in obscurity with her fractious found family. With war and disease spreading, Karis must act quickly. And when Karis acts, the very stones of the earth sit up and take notice.

"Another stunner of a book. The powerful but subtle writing glows with intelligence." --Booklist