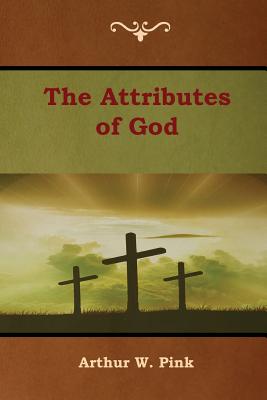 The Attributes of God

Arthur W. Pink (1886-1952) "was born in Great Britain and immigrated to the U.S. to study at Moody Bible Institute. He pastored churches in Colorado, California, Kentucky, and South Carolina before becoming an itinerant Bible teacher in 1919. From 1925-1927 he Pastored in Sydney, Australia then went to visit his hometown of Nottingham, England before returning to the U.S. He returned to his native land in 1934, taking up residence on the Isle of Lewis, Scotland, in 1940, and remained there until his death. Most of his works first appeared as articles in Studies in Scriptures, a monthly magazine concerned solely with the exposition of Scripture.

"Pink was virtually unknown and certainly unappreciated in his day. Independent Bible study convinced him that much of modern evangelism was defective. When Puritan and reformed books were generally disregarded by the Church as a whole, he advanced the majority of their principles with untiring zeal. The progressive spiritual decline of his own nation (Britain) was to him the inevitable consequence of the prevalence of a "gospel" that could neither wound (with conviction of sin) nor heal (via regeneration).

"Familiar with the whole range of revelation, Pink was rarely sidetracked from the great themes of Scripture: grace, justification, and sanctification. Our generation owes him a great debt for the enduring light he has shed, by God's grace, on the Truth of the Holy Bible."

After Pink's death, his works were republished by The Banner of Truth Trust and reached a much wider audience as a result. Biographer Iain H. Murray observes of Pink, "the widespread circulation of his writings after his death made him one of the most influential evangelical authors in the second half of the twentieth century." His writing sparked a revival of expository preaching and focused readers' hearts on biblical living. Yet even today, Pink is left out of most biographical dictionaries and overlooked in many religious histories.

Pink was an ardent Calvinist and did not shrink from preaching and teaching the "doctrines of grace" otherwise known as the Five Points of Calvinism. He was a voluminous writer generating over 2000 expository articles and dozens of books. (www.theopedia.com)