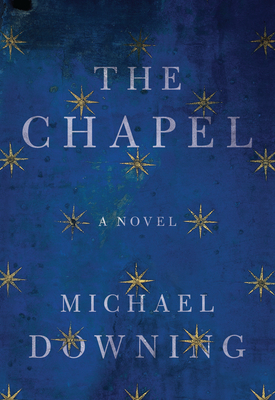 Recently widowed, unhappily stuck on a pricey whiplash tour of Italy, Elizabeth Berman comes face to face with the first documented painting of a teardrop in human history, and in the presence of that tearful mother, and the arresting company of the renowned and anonymous women painted by Giotto in the Arena Chapel, she wakes up to the possibility that she is not lost. Mitchell left me everything, just as he promised. "Everything," he liked to say during his last month on the sofa, "everything will be yours," as if it wasn't yet. I was left with that and two adult children who could not tolerate my sitting in my home by myself--admittedly, rather too often in a capacious pink flannel nightgown and the green cardigan Mitchell was wearing on the afternoon he died. That's how Elizabeth winds up on a tour better suited to her late-husband, a Dante scholar. Mitchell masterminded the itinerary as a surprise for their thirty-fifth wedding anniversary. Itching to leave as soon as she arrives in Padua, Elizabeth's efforts to book a ticket home are stymied by her aggressively supportive children, the ministrations of an incomprehensibly Italian hotel staff, and the prospect of forfeiting the sizable.

Michael Downing's novels include the national bestseller Perfect Agreement, named one of the 10 Best Books of the year by Amazon and Newsday, and Breakfast with Scot, a comedy about two gay men who inadvertently become parents. An American Library Association honor book, Breakfast with Scot was adapted as a movie that premiered at the Toronto International Film Festival. His nonfiction includes Shoes Outside the Door: Desire, Devotion, and Excess at San Francisco Zen Center, hailed by the New York Review of Books as a "dramatic and insightful" narrative history of the first Buddhist monastery outside of Asia, and by the Los Angeles Times as "a highly readable book." His essays and reviews appear in the New York Times, Washington Post, Wall Street Journal, and other periodicals. Michael teaches creative writing at Tufts University. He and his partner have lived together in Cambridge for more than 25 years.
or
Not Currently Available for Direct Purchase