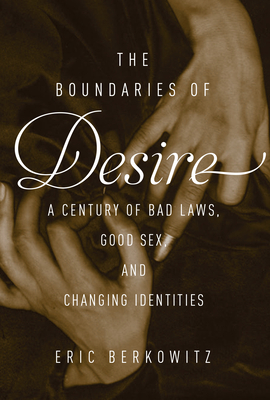 The Boundaries of Desire (Hardcover)

A Century of Good Sex, Bad Laws, and Changing Identities

The act of reproduction, and its variants, never change much, but our ideas about the meaning of sex are in constant flux. Switch a decade, cross a border, or traverse class lines and the harmless pleasures of one group become the gravest crimes in another. Combining meticulous research and lively storytelling, The Boundaries of Desire traces the fast-moving bloodsport of sex law over the past century, and challenges our most cherished notions about family, power, gender, and identity. Starting when courts censored birth control information as pornography and let men rape their wives, and continuing through the "sexual revolution" and into the present day (when rape, gay rights, sex trafficking, and sex on the internet saturate the news), Berkowitz shows how the law has remained out of synch with the convulsive changes in sexual morality. By focusing on the stories of real people, Berkowitz adds a compelling human element to what might otherwise be faceless legal battles. The law is made by people, after all, and nothing sparks intolerance - on the left and right -- more than sex. Ultimately, Berkowitz shows the emptiness of sanctimonious condemnation, and argues that sexual questions are too subtle and volatile for simple, catch-all solutions.

Eric Berkowitz is a San Francisco-based author and human rights lawyer. His journalistic work has appeared in the "Los Angeles Times," "LA Weekly," "California Lawyer," and the "Washington Post," as well as websites such as "Huffington Post," "AlterNet" and "Salon."