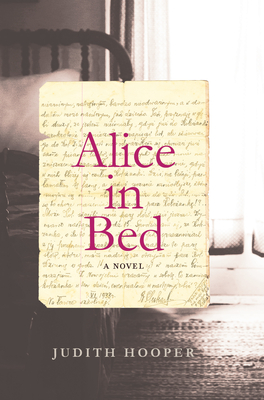 Arm yourself against my dawn, which may at any moment cast you and Harry into obscurity, Alice James writes her brother William in 1891. In Judith Hooper's magnificent novel, zingers such as this fly back and forth between the endlessly articulate and letter–writing Jameses, all of whom are geniuses at gossiping.

And the James family did, in fact, know everyone intellectually important on both sides of the Atlantic, but by the time we meet her in 1889, Alice has been sidelined and is lying in bed in Leamington, England, after taking London by storm.

We don't know what's wrong with Alice. No one does, though her brothers have inventive theories, and the best of medical science offers no help. So, with Alice in bed, we travel to London and Paris, where the James children spent part of their unusual childhood. We sit with her around the James family's dinner table, as she – the youngest and the only girl – listens to the intellectual elite of Boston, missing nothing. The book is accompanied by Hooper's Afterword,"What was Wrong with Alice?," an analysis of the varied psychological ills of the James family and Alice's own medical history.

Praise For Alice in Bed: A Novel…

"The true power of this novel is the exquisite language—both in the James' reproduced letters, and in Hooper's own impressive, shadow–quill renderings."—Publishers Weekly

"In her debut novel, Alice in Bed, Judith Hooper offers an evocative and boldly intimate portrait of Alice James that is rich in detail and inspiring in its heroism. She presents the reader with an Alice who, far from being a invalid, is a forceful and courageous artist in her own right, and who deserves her place as a full–fledged member of the famous literary clan. Even if you have never read a word of Gilded Age literature, you will not want to put this book down."—David R. Gillham, author of City of Women

"In a work of breathtaking imagination, Hooper goes beyond the singular diarist who was Alice James and gives us the person –– audaciously curious, unapologetically original, and clearly the equal of her two more illustrious brothers, Henry and William. The James clan was known for quirkiness, even in Boston, but their sibling bond is here revealed as tender, enduring, and full of a private mirth. An extraordinary accomplishment, a captivating read."—Thad Carhart, author of The Piano Shop on the Left Bank

Judith Hooper was an editor at Esquire Magazine, and is the author of Of Moths and Men and co–author of The Three–Pound Universe. She lives in western Massachusetts.
Loading...
or
Not Currently Available for Direct Purchase