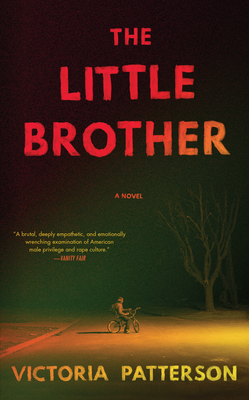 Life is pretty sweet for Even Hyde. Despite his parents' divorce in 2001, he's doing just fine, having chosen to live with his richly successful father in Newport Beach, California. When not spending 'bonding' time with his partially absent father, he has his run of the house, where he more or less comes and goes as he pleases. Even's older brother Gabe continues to live in Cucamonga with their emotionally unstable mother. Though he feels discarded and left behind, Gabe visits Even and their father on the weekends. Even doesn't seem too worried about Gabe's quick-to-ignite temper or his evolving addiction to skipping school and smoking weed. But then Gabe commits a crime so unbelievably heinous that Even can't forgive his own flesh and blood for it. In his personal recounting for THE LITTLE BROTHER, Even shares the events immediately following his brother and two of his friends savagely gang raping (while videotaping) an unconscious girl. When Gabe somehow ends up losing the video tape (which ends up in Even's hand) it is up to Even to make the life-changing decision: does he do the right thing and turn his own brother in to the police or does family come first? This jaw-dropping novel, reminiscent of Louise Erdrich's The Round House and Herman Koch's The Dinner, shows how cruel the awfulness of human behavior can be and how sometimes even the right decisions feel wrong, no matter how you convince yourself otherwise.

Victoria Patterson is the author of the novel The Peerless Four. She also wrote This Vacant Paradise, selected as an Editor's Choice by The New York Times Book Review. Drift, her collection of interlinked short stories, was a finalist for the California Book Award and the 2009 Story Prize. The San Francisco Chronicle selected Drift as one of the best books of 2009. Her work has appeared in various publications and journals, including the Los Angeles Times, Alaska Quarterly Review, and the Southern Review. She lives with her family in Southern California and teaches at the Antioch University's Master of Fine Arts program and as a Visiting Assistant Professor at UC Riverside.
Loading...
or support indie stores by buying on