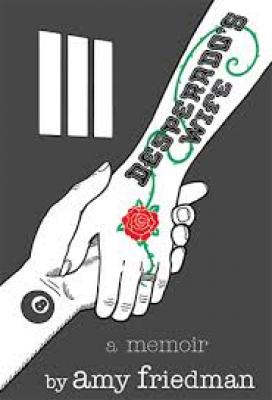 vy League educated Amy Friedman is an American writer living in Ontario, Canada. She's a newspaper columnist, and life seems charmed when she decides she wants to write about prison Prison is in Friedman's blood; her grandfather and her father both were prisoners of war, and she has always worked on behalf of those less fortunate than she.

At the first federal pen she visits, among the many prisoners she meets is Will, the chairman of the inmate committee. Intelligent, articulate and charming, Will is serving a life-13 sentence for murdering a drug dealer. And yes, he is guilty. But Will is also one of the few men Friedman believes when he talks about life inside. As she begins to fall in love, colleagues and friends ostracize her. When ultimately they marry behind prison walls, Friedman becomes enmeshed in a world she soon begins to understand more deeply than she had ever imagined she would, and her life becomes an uphill battle against prison officials and politicians.

Friedman takes readers along on her steep learning curve toward understanding just what justice looks like for those inside, and for their loved ones. As David Dow, Texas Death Row lawyer and author of Autobiography of an Execution wrote: Fearless is an overused word. Maybe Amy Friedman is not really fearless, but you could not tell that from her memoir, which grabs your shirt in its fist on page one and forces you to see humanity in places most of us are too scared to go. Everybody who has ever given up on anyone must read this book.