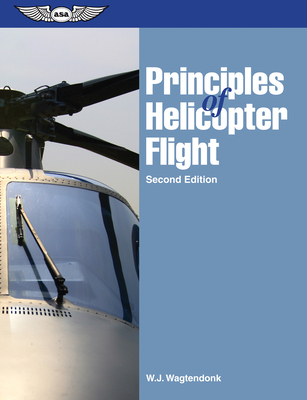 This comprehensive textbook explains the aerodynamics of helicopter flight as well as helicopter maneuvers, going beyond the strictly how-to type of aviation manual. Helicopter pilots need to thoroughly understand the consequences of their actions and base them upon sound technical knowledge; this textbook explains why the helicopter flies and even more importantly, why it sometimes does not. Beginning with aerodynamics, each step of the process is fully illustrated and thoroughly explained--from the physics of advanced operations to helicopter design and performance--providing helicopter pilots with a solid foundation upon which to base their in-flight decisions. Containing discussions on the NOTAR (no tail rotor) system, strakes, principles of airspeed and high-altitude operations, operations on sloping surfaces, and sling operations, this revised edition also includes the latest procedures Federal Aviation Administration.

Walter J. (Wal) Wagtendonk was born in The Netherlands in 1929 and emigrated to New Zealand at 20 years of age. Shortly after arrival he was selected for pilot training in the Royal New Zealand Air Force in which he served for 8 years, mainly on instructional duties. He retired from the Service as an A-2 instructor in 1960 with the rank of Flight Lieutenant. When his Service contract finished, Wal and his family moved to Nelson where he joined the Nelson Aero Club staff, first as manager, and later chief flight instructor. In 1978, Wal and his wife Ann formed the Nelson Aviation College in Motueka (near Nelson), which grew into one of New Zealand's best known theory and flight training centers, and became the first approved school to conduct both fixed-wing and helicopter courses. Many experienced helicopter pilots currently flying in various parts of the world started their basic training under Wal's careful instruction.
Loading...
or
Not Currently Available for Direct Purchase