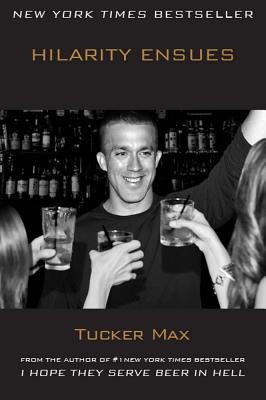 The New York Times bestselling author of I Hope They Serve Beer in Hell and Assholes Finish First delivers a new collection of thirty 100% true, 100% exclusive stories of comically perverse excess. Another installment in Tucker Max's series of stories about his drunken debauchery and ridiculous antics. What began as a simple sentence on an obscure website, "My name is Tucker Max, and I am an asshole," and developed into two infamously genre-defining books, I Hope They Serve Beer In Hell and Assholes Finish First, ends here. But as you should expect from Tucker by now, he is going out with a bang--literally and figuratively. In this book, you'll learn: * How to live and work in Cancun, while still enrolled in Law School * Why Halloween is really awesome * How to subtly torture a highstrung roommate until he explodes with furious anger over a misplaced condiment * What really happened when a dirty pageant girl tried to sue Tucker because he told the truth * Why you should never accept a homemade treat from a hippie with a van As we've come to learn from Tucker, assholes do finish first...but everything comes with a price.

Tucker Max's first book, "I Hope They Serve Beer In Hell," is a #1 NY Times Best Seller and has spent over 170 weeks on that list over five calendar years. There are currently over 1.5 million copies sold. Max co-wrote and produced the movie based on his book, also titled I Hope They Serve Beer In Hell. He has been credited as the originator and leader of the literary genre, fratire, and was nominated to Time Magazine's 100 Most Influential List in 2009. Tucker Max received his BA with highest honors from the University of Chicago in 1998. He attended Duke Law School on an academic scholarship, where he graduated with a JD in 2001 (despite the fact that he neglected to buy any of his textbooks for his final two years and spent part of one semester-while still enrolled in classes-living in Cancun). He currently lives in Austin, Texas, and can be reached through is website, TuckerMax.com.
Loading...
or
Not Currently Available for Direct Purchase