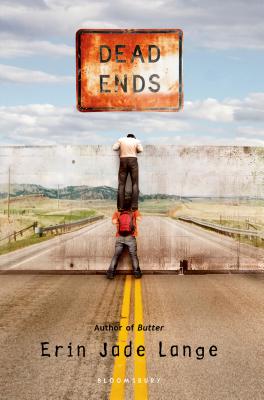 Dane is a bully with two rules: don't hit girls and don't hit special kids. Billy D has Down syndrome. When Dane doesn't hit him, Billy sees a sign of friendship and reaches out for help. Billy is sure the riddles his missing father left in an atlas are really clues to finding him. Together, Billy and Dane piece them together, leading to unmarked towns and secrets of the past. But they're all dead ends. Until the final clue . . . and a secret Billy shouldn't have been keeping.

As a journalist, Erin Jade Lange is inspired by hot button issues like bullying, but it is her honest characters and breakneck plotting that make Dead Ends a must-read.