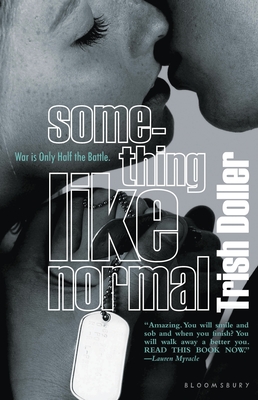 When Travis returns home from a stint in Afghanistan, his parents are splitting up, his brother's stolen his girlfriend and his car, and he's haunted by nightmares of his best friend's death. It's not until Travis runs into Harper, a girl he's had a rocky relationship with since middle school, that life actually starts looking up. And as he and Harper see more of each other, he begins to pick his way through the minefield of family problems and post-traumatic stress to the possibility of a life that might resemble normal again. Travis's dry sense of humor, and incredible sense of honor, make him an irresistible and eminently lovable hero.

TRISH DOLLER has worked as a newspaper reporter and radio personality and is now a bookseller. Something Like Normal was her debut novel. She lives in Ft Myers, Florida with her husband, two dogs, and two mostly grown children. Also, Trish has about a dozen Marines she'd like to adopt.
Loading...
or
Not Currently Available for Direct Purchase