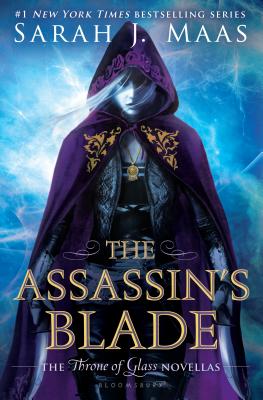 The Throne of Glass Novellas

Celaena Sardothien is her kingdom's most feared assassin. Though she works for the powerful and ruthless Assassin's Guild, Celaena yields to no one and trusts only her fellow killer for hire, Sam.

When Celaena's scheming master, Arobynn Hamel, dispatches her on missions that take her from remote islands to hostile deserts, she finds herself acting independently of his wishes-and questioning her own allegiance. Along the way, she makes friends and enemies alike, and discovers that she feels far more for Sam than just friendship. But by defying Arobynn's orders, Celaena risks unimaginable punishment, and with Sam by her side, he is in danger, too. They will have to risk it all if they hope to escape Arobynn's clutches-and if they fail, they'll lose not just a chance at freedom, but their lives . . .

A prequel to Throne of Glass, this collection of five novellas offers readers a deeper look into the history of this cunning assassin and her enthralling-and deadly-world.


Praise For The Assassin's Blade: The Throne of Glass Novellas…

“Fans and libraries will delight in having this gorgeous edition of the interconnected stories. Action-packed and full of insight into Celaena's character . . . What a ride!” —Booklist

“Vivid Celaena, loving and brutally violent in turn, is a fully realized heroine. . . . An epic fantasy readers will immerse themselves in and never want to leave.” —Kirkus Reviews, starred review, on Crown of Midnight

“With assassinations, betrayal, love and magic, this novel has something to match everyone's interests . . . The action will carry you right to the end, leaving you eager for the next installment.” —RT Book Reviews, Top Pick, on Crown of Midnight

“Readers seeking the political intrigue of Kristen Cashore's Graceling and . . . the deadly competition at the heart of The Hunger Games will find both [here].” —Publishers Weekly, starred review, on Throne of Glass

“A must-read. . . . Maas has created a truly remarkable heroine who doesn't sacrifice the grit that makes her real in order to do what's right in the end.” —USA Today on Throne of Glass

“Fans of Game of Thrones and the Hunger Games will love it!” —Colleen Houck, New York Times bestselling author, on Throne of Glass