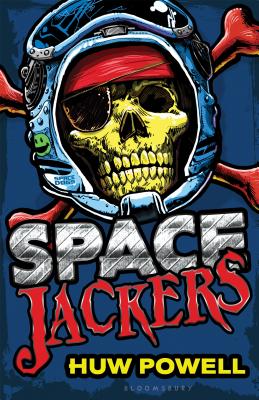 As a baby, Jake Cutler was separated from his family and left on the planet Remota, deep in the seventh solar system. Eleven years later and Jake isn't like other boys-he has purple eyes and carries a secret within himself that could change the entire universe.

When Remota is attacked by ruthless space pirates on the hunt for Jake, he manages to escape. But now he's on the run with a bounty hunter and the suspicious-looking crew of a spaceship called the Dark Horse. Forced to contend with zero-gravity, shipwrecks, black holes, and countless enemies, Jake must discover the truth about his past before he is hunted down and caught.

This action-packed first book in a planned trilogy is full of aliens, space monsters, gadgets, battleships, and one boy's search for his destiny.

“The future milieu that British author Powell imagines in this trilogy starter is interesting. . . . for younger readers in need of a starter space opera.” —Kirkus Reviews