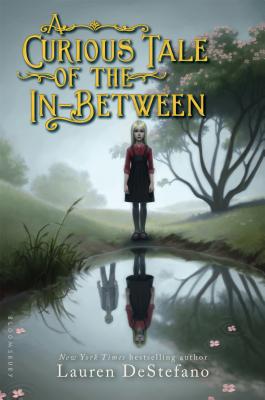 A Curious Tale of the In-Between

From New York Times bestselling author Lauren DeStefano comes a delightful tale of a girl who can talk to ghosts that’s perfect for fans of Neil Gaiman and Holly Black.

Pram Bellamy is special--she can talk to ghosts. She doesn't have too many friends amongst the living, but that's all right. She has her books, she has her aunts, and she has her best friend, the ghostly Felix.

Then Pram meets Clarence, a boy from school who has also lost a parent and is looking for answers. Together they arrive at the door of the mysterious Lady Savant, who promises to help. But this spiritualist knows the true nature of Pram's power, and what she has planned is more terrifying than any ghost.

New York Times bestselling author Lauren DeStefano is beloved by critics and readers alike, and her middle grade debut is lyrical, evocative and not to be missed.


Praise For A Curious Tale of the In-Between…

“Readers will be hooked from the first line of this lyrical and suspenseful mystery/fantasy (part thriller too) of a brave and compassionate girl. . . . DeStefano artfully concocts a moving and multilayered tale that is an effective mix of genres and tones, at times contemplative and philosophical yet also macabre and psychologically sophisticated. Love, loss, and hope are at the heart of this exciting read.” —Kirkus Reviews

“The perfect book to hand to readers looking for the mysterious and spooky.” —Booklist

“DeStefano creates a beguiling world through haunting images and descriptions. . . An eerie, moving story about 'that murky place between this world and the one that comes after it.'” —Publishers Weekly

“Startlingly dark. . . Sophisticated readers will appreciate the vivid characters with rich internal lives. Readers who enjoyed A.J. Paquette's Rules for Ghosting and Grave Images by Jenny Goebel will want to give this title a try.” —School Library Journal

“The voice of this dark but often funny novel is as pragmatic as Pram, matter-of-factly acknowledging truths its characters need to know, even when those truths are unpleasant. . . Fans of Holly Black's Doll Bones may well enjoy this creepy, character-based tale.” —The Horn Book

“A harrowing debut. . . . DeStefano has an observant eye.” —Publishers Weekly on WITHER

“A concoction of tension and love with a cliff-hanger ending.” —School Library Journal on PERFECT RUIN: THE INTERNMENT CHRONICLES BOOK 1

“DeStefano has created a perfect storm--intertwining plot, characters, and setting beautifully. . . . This is a page-turner, and waiting for the next book will be hard, hard, hard.” —Booklist on PERFECT RUIN: THE INTERNMENT CHRONICLES BOOK 1

Lauren DeStefano is the New York Times and USA Today bestselling author of The Internment Chronicles and The Chemical Garden trilogy, which includes Wither, Fever, and Sever. She earned her BA in English with a concentration in creative writing from Albertus Magnus College in Connecticut.
LaurenDeStefano.com
@LaurenDeStefano
laurendestefano.tumblr.com.