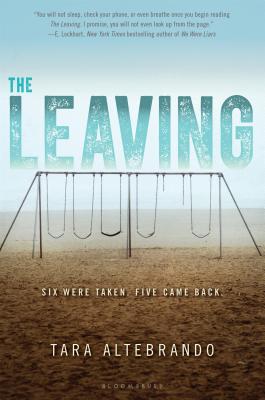 Six were taken. Eleven years later, five come back--with no idea of where they've been. A riveting mystery for fans of We Were Liars.

Eleven years ago, six kindergartners went missing without a trace. After all that time, the people left behind moved on, or tried to.

Until today. Today five of those kids return. They’re sixteen, and they are . . . fine. Scarlett comes home and finds a mom she barely recognizes, and doesn't really recognize the person she's supposed to be, either. But she thinks she remembers Lucas. Lucas remembers Scarlett, too, except they’re entirely unable to recall where they’ve been or what happened to them. Neither of them remember the sixth victim, Max--the only one who hasn’t come back. Which leaves Max's sister, Avery, wanting answers. She wants to find her brother--dead or alive--and isn’t buying this whole memory-loss story. But as details of the disappearance begin to unfold, no one is prepared for the truth.


Praise For The Leaving…

"You will not sleep, check your phone or even breathe once you begin reading The Leaving. Altebrando hides a meditation on memory and identity inside a top-speed page-turner. I promise, you will not even look up from the page." - E. Lockhart, author of WE WERE LIARS

"The Leaving isn't one of those books that creeps up on you: instead, it throws you in the back of an unmarked van and speeds off before you even have time to wonder what's going on. This book gripped me on the first page, and by the last, had really moved me. It's a twisty, oh no she didn't thriller that keeps the surprises firing, but also a thoughtful meditation on memory, identity, and what really makes us who we are." - Bennett Madison, author of SEPTEMBER GIRLS

"As heart-stopping as it is heart-breaking, The Leaving layers a wildly strange suspense story over a lovely and unexpected narrative of grief, loss, and the struggle to imagine a future in the shadow of the past." - Robin Wasserman, author of GIRLS ON FIRE

"Bold, inventive, and engaging, The Leaving leaps straight off the page." - Beth Kephart, author of SMALL DAMAGES and THIS IS THE STORY OF YOU

"This is no mere thriller; folded into this compulsively readable work are thought-provoking themes. . . . Teens who enjoy engrossing, contemplative titles such as Adam Silvera’s More Happy Than Not will devour this insightful musing on memory and identity." - starred review, School Library Journal

"A twisting, harrowing story . . . Engrossing, both as a thriller and a meditation on memory—its limits, its loss, and the ways it deceives and constructs identity." - starred review, Publishers Weekly

"A twisting and turning mystery that will grip readers." - Kirkus Reviews

"Told in a complicated layering, Altebrando constructs an amazing story about the lives of those taken and of those who tried to carry on back home." - VOYA

"With a bit of romance, a bit of pathos, a bit of science fiction, and a bit of ripped-from-the-headlines trauma, this will appeal to fans of mystery." - BCCB

"Highly satisfying . . . A believable and clever story that will keep readers engaged from beginning to end." - Booklist

Tara Altebrando is the author of several middle grade and teen novels, including The Leaving and Roomies, an ALA 2014 Best Fiction for Young Adults pick, co-written with Sara Zarr. She lives in New York City with her family.
www.taraaltebrando.com
@TaraAltebrando