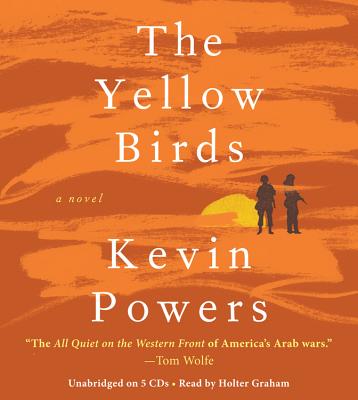 "The book is so heartfelt and so good that it not only reaffirms the power of fiction to tell the truth about the unspeakable, but also asks serious questions of a generation of writers--myself included--who have thus far avoided addressing these disastrous wars directly. Reading The Yellow Birds I became certain that I was in the presence of a text that will win plaudits, become a classic, and hold future narratives of the war to a higher standard. Impeccably structured and told with the poetry of a master, I often had to put the book down, close my eyes and savour the depth of the writing. Comparisons with Hemingway will be inevitable because of the brevity and economical style, and with Cormac McCarthy because of the author's talent for landscape. But Powers builds on this literary foundation to create a style of his own. He writes without hauteur, and his insights into the post-traumatic condition have a degree of sharpness that frequently subvert the classical mode of his storytelling and leave the reader with heart hammering. This is a superb literary achievement. I urge everyone to read it."—Chris Cleave, author of Little Bee

"Kevin Powers' The Yellow Birds is written with an intensity which is deeply compelling; every moment, every memory, every object, every move, are conjured up with a fierce and exact concentration and sense of truth. The music of his prose has an exquisite mixture of control and then release which mirrors the action of the book, and the psychological and physical pressures under which the characters are placed."—Colm Toibin

Kevin Powers is the author of The Yellow Birds, which won the PEN/Hemingway Award, the Guardian First Book Award, and was a National Book Award Finalist, as well as Letter Composed During a Lull in the Fighting, a collection of poetry. He was born and raised in Richmond, Virginia, graduated from Virginia Commonwealth University, and holds an MFA from the University of Texas at Austin, where he was a Michener Fellow in Poetry. He served in the US Army in 2004 and 2005 in Iraq, where he was deployed as a machine gunner in Mosul and Tal Afar.
Loading...
or
Not Currently Available for Direct Purchase