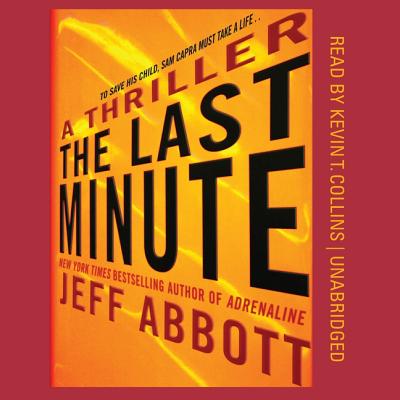 Sam Capra has one reason to live: to rescue his baby son from the people who abducted him. A former CIA agent, Sam now owns bars around the world as cover for his real mission--working undercover for a secret network as mysterious as it is powerful--while using his skills to find his child. Now the kidnappers have offered a deadly deal: they'll surrender Sam's child--if Sam finds and murders the one man who can expose them. Teaming up with a desperate young mother whose daughter is also missing, Sam tracks his prey across the country in a dangerous race against time, and must unravel a deadly conspiracy if he's to rescue the only person in the world that matters to him.

Jeff Abbott is the international bestselling, award-winning author of various mystery and suspense novels. He graduated from Rice University with a degree in history and English, and worked as a creative director at an advertising agency before writing full-time. A Texas native, Jeff lives in Austin with his wife and two sons. You can visit his website at www.jeffabbott.com.
Loading...
or
Not Currently Available for Direct Purchase