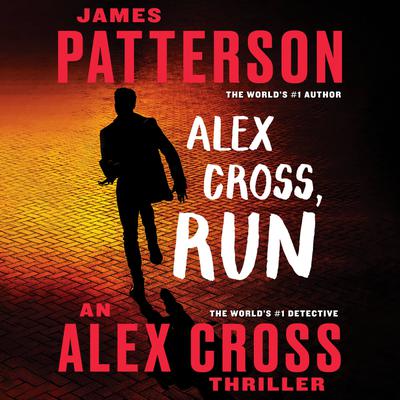 Kill Alex Cross was "Patterson at the top of his game" (Washington Post). Alex Cross, Run is even better.

Top plastic surgeon Elijah Creem is renowned for his skills in the operating room, and for his wild, no-expense-spared "industry parties," bringing in underage exotic dancers and models for nights of drugs, champagne, and uninhibited sex. That is, until Detective Alex Cross busts one of Creem's lavish soirees and ruins his fun. Now Creem is willing to do anything to avoid going to jail.

But Alex doesn't have time to dwell on that case. A beautiful woman has been found murdered in her car, a lock of her hair viciously ripped off. Then a second woman is found hanging from a sixth-floor window with a brutal scar slashed across her stomach. When a third mutilated body is discovered, rumors of three serial killers on the loose send Washington D.C. into an all-out frenzy.

Alex is under so much pressure to solve these three grim cases that he hasn't noticed that someone else investigating him-someone so obsessed and so twisted that they'll do anything-ANYTHING- to get the vengeance they require. Alex Cross, Run is James Patterson's most unrelenting story yet-a white-hot, sensational thrill ride with the most extreme and gripping characters Patterson has ever brought to life.