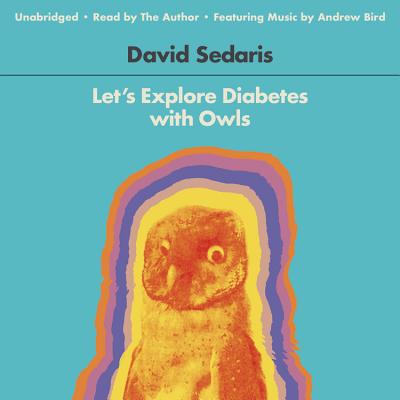 A new collection of essays from the #1 New York Times bestselling author who has been called "the preeminent humorist of his generation" (Entertainment Weekly).

From the unique perspective of David Sedaris comes a new collection of essays taking his listeners on a bizarre and stimulating world tour. From the perils of French dentistry to the eating habits of the Australian kookaburra, from the squat-style toilets of Beijing to the particular wilderness of a North Carolina Costco, we learn about the absurdity and delight of a curious traveler's experiences. Whether railing against the habits of litterers in the English countryside or marveling over a disembodied human arm in a taxidermist's shop, Sedaris takes us on side-splitting adventures that are not to be forgotten.

David Sedaris is the author of the books Squirrel Seeks Chipmunk, When You Are Engulfed in Flames, Dress Your Family in Corduroy and Denim, Me Talk Pretty One Day, Holidays on Ice, Naked,and Barrel Fever. He is a regular contributor to The New Yorker and Public Radio International's This American Life. He lives in England.
Loading...
or
Not Currently Available for Direct Purchase